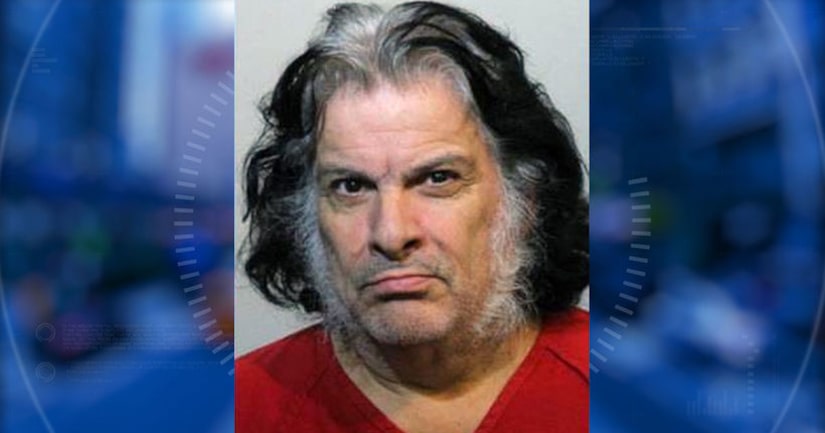 By Tyler Vazquez via WKMG

BREVARD COUNTY, Fla. -- (WKMG) -- Paul Amato was dressed in a white jumpsuit with an American flag cape when he went to meet who he thought would be a 13-year-old girl for sex in April, according to reports from Brevard County Sheriff's Office.

Amato, 64, is an Elvis impersonator. He was charged with using a computer to solicit a parent for sex with a child. Those charges were dropped by the state attorney's office this past week to make way for a potentially harsher prosecution from federal attorneys, Goodyear said.

On March 27, Amato began speaking with a Sheriff's Office agent posing as the father of a fictitious 13-year-old, according to arrest reports. Amato carried on graphic conversations with the undercover agent for days with full knowledge of the child's age.

On April 2, Amato showed up at an undisclosed location to meet the agent posing as the child's father. Not only was Amato dressed as Elvis, but he also brought multiple sex toys for the child, according to arrest documents.

Amato told investigators he wanted to meet the fictitious child in his Elvis costume, even going so far as to send pictures of himself in the costume, according to investigative reports.

"I can be Uncle ELVIS to her instead," Amato reportedly told the undercover agent.

Amato was arrested and taken to the Seminole County Jail where he is being held without bond.