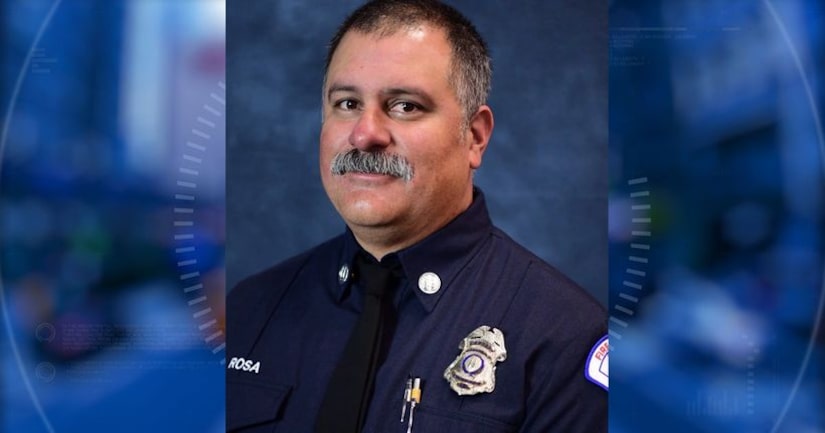 Capt. Dave Rosa, 45, a 17-year veteran with the Long Beach Fire Department, was shot while responding to a fire, according to the agency.

Police detained a person of interest and recovered a weapon, Long Beach police Chief Robert Luna said. During a news conference later, investigators identified that person as Thomas Kim, a 77-year-old man who lived at the retirement home.

Kim was arrested and booked on suspicion of murder, two counts of attempted murder and arson, Luna stated. He was being held on $2 million bail.

A bomb squad responded after two devices deemed suspicious were found, Luna said. He did not specify where the devices were seen. Agents from the Bureau of Alcohol, Tobacco, Firearms and Explosives were also on scene.

The Fire Department responded to a report of a fire alarm at 600 E. Fourth St. at around 3:49 a.m., Long Beach Fire Department spokesman Jake Heflin said. A retirement home called Covenant Manor was listed under that address.

Officials arrived at the multistory building and discovered windows blown out and an activated sprinkler, Heflin said.

The firefighters found the fire and extinguished it at 3:59 a.m., but they continued to assess the area due to reports of an explosion and the smell of gasoline.

At around 4:08 a.m., Rosa and another firefighter were shot, according to the Fire Department.

Heflin identified the second firefighter as Ernesto Torres. He was taken to St. Mary Medical Center in Long Beachand was discharged on Monday morning, Heflin said.

Rosa, who served as fire captain for the past 6 1/2 years, left behind a wife and two children, the Fire Department said.

"You go to these scenes and you never know what's on the other side of those doors," Luna said at a Monday morning news conference. "These brave firefighters went through those doors and unfortunately they were met with gunfire."

Police said an elderly man shot "during the chaos" had to undergo surgery and was last listed in stable but critical condition. The police chief said the man was a resident at the facility.

Earlier, the Fire Department said one of the firefighters was in critical condition and the other sustained non-life-threatening injuries. 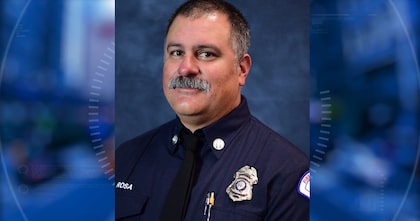 Officials ID fire captain killed in the line of duty