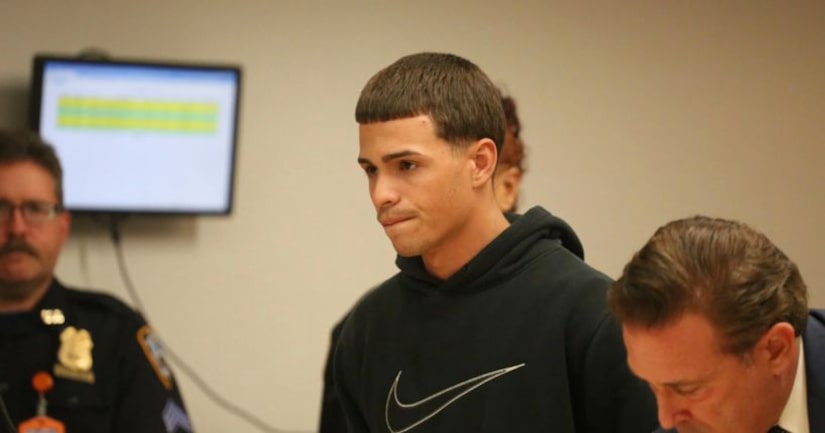 NEW YORK -- (WPIX) -- The first of many suspects has been charged with murder Monday in the brutal slaying of a Bronx teen outside a bodega.

Alvarez is accused specifically with dragging Guzman-Feliz "through the threshold" of the store, according to prosecutors on Monday evening.

PIX11 News first reported Sunday that multiple people were taken out of an alleged gang stronghold on East 24th Street in Paterson.

They are suspected of being members of the Trinitarios gang. Their extradition to New York could happen as early as Tuesday.

Paterson, New Jersey police first received a tip at about 1:45 p.m. Sunday. They sent a large contingent of cops and found four people tied to the attack of Lesandro “Junior” Guzman-Feliz who were holed up at a house on East 24th Street in Paterson, a source tells PIX11.

When authorities went to the house, one suspect managed to escape but was apprehended minutes later, sources say. Another suspect was taken into custody in the Dominican Republic, a source said.