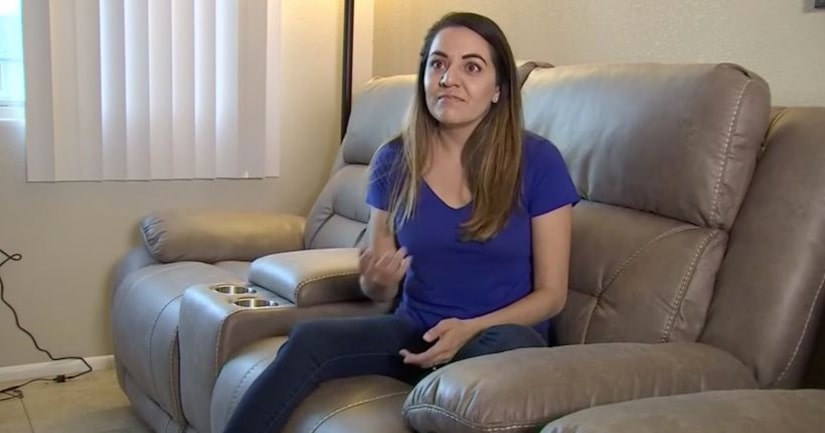 ARIZONA -- (WJW) -- An Arizona woman has criticized Walgreens on social media, saying a pharmacist at the chain refused to fill her prescription for a medicine prescribed to induce miscarriage after she was told her 9-week-old fetus had stopped developing.

Walgreens says it allows pharmacists to step away from filling a prescription “for which they have a moral objection,” but that they are required to “refer the prescription to another pharmacist or manager on duty to meet the patient's needs in a timely manner.” The woman, Nicole Mone Arteaga, said she was later able to pick up her prescription from another Walgreens store.

In a 1-star Yelp review of the Walgreens branch in Peoria, Arizona, where she initially tried to collect her medication Thursday, Arteaga said she had dropped off her prescription Wednesday and went to collect the medication the next day. She said her doctor had been monitoring her pregnancy closely due to previous miscarriages.

“Each week I went for my ultra sound praying to see progress and hear the sound of little heartbeat. Unfortunately, development isn't happening and my body is slowly getting ready to miscarry. My (doctor) gave me two choices D & C or a prescription that will help induce bleeding and discharge in the comfort of my home,” she wrote.

“D&C,” also known as dilation and curettage, is a surgical procedure to remove tissue from the uterus. In the case of a fetus failing to develop, it is performed to prevent infection or heavy bleeding.

'I left Walgreens in tears'

“Last night I went to pick up my medication at my local Walgreens only to be denied the prescription I need. I stood at the mercy of this pharmacist explaining my situation in front of my 7 year old, and five customers standing behind only to be denied because of his ethical beliefs,” she wrote in a Facebook post Friday.

“I get it we all have our beliefs. But what he failed to understand is this isn't the situation I had hoped for, this isn't something I wanted. This is something I have zero control over.”

Arteaga described her miscarriage as an emotional roller coaster and said the pharmacist had “no idea what its like to want nothing more than to carry a child to full term and be unable to do so.”

“I left Walgreens in tears, ashamed and feeling humiliated by a man who knows nothing of my struggles but feels it is his right to deny medication prescribed to me by my doctor,” she said.

Arteaga said she would not usually share such a story but did not want other women to have the same experience at a time “when you are vulnerable and already suffering.”

In an update to her post, Arteaga said she later received an email notification that her prescription was ready at a different Walgreens location. She said she collected it after first revisiting her doctor to ensure he could help her fill the script.