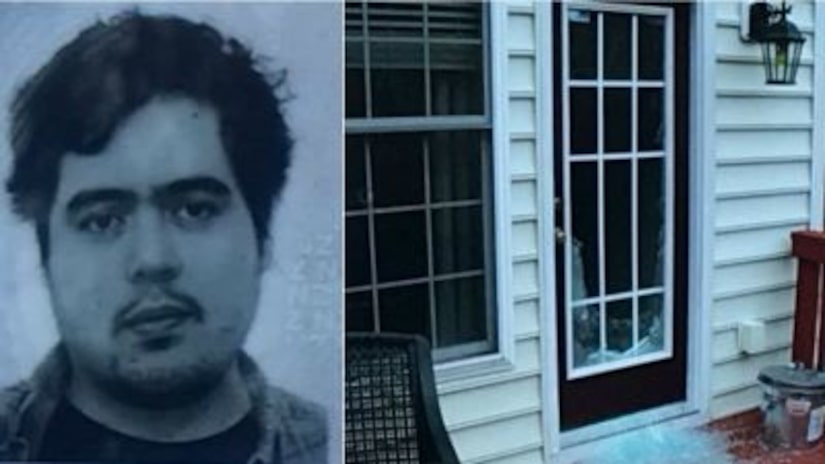 The 14-year-old girl's mother shot Skinner when he attempted to break into the family's home in the Holland Hills community, the sheriff said.

"He was not invited here, he was not expected here, he had been told in the past that the daughter no longer wished to communicate with him," Goochland Sheriff Jim Agnew said.

The violent encounter took place Friday when the mother was home with her two daughters.

They heard Skinner banging on the door with a brick, the sheriff said.

When the mother called her husband, he told her to grab a gun.

When Skinner threw a landscaping stone through the glass door, the teenage girl's mother fired twice, hitting Skinner once in the neck.

He was taken to the hospital and is expected to survive the shooting.

After three or four months of conversation, the girl attempted to end their communication.

Skinner then flew from New Zealand to Australia, Australia to Los Angeles, and Los Angeles to Washington D.C. From D.C., he took a Greyhound bus to Richmond.

In Richmond he stayed at Hosteling International USA, according to investigators.

When he arrived at the family's home, he yelled that he had hitchhiked 30 miles to the house and needed help.

"This was not random, not spontaneous, this was something very planned," Sheriff Agnew said.

He was carrying a knife, duct tape, and pepper spray -- that he purchased at the Short Pump Walmart -- when he arrived at the family's home.

Skinner has not yet officially been charged with a crime.