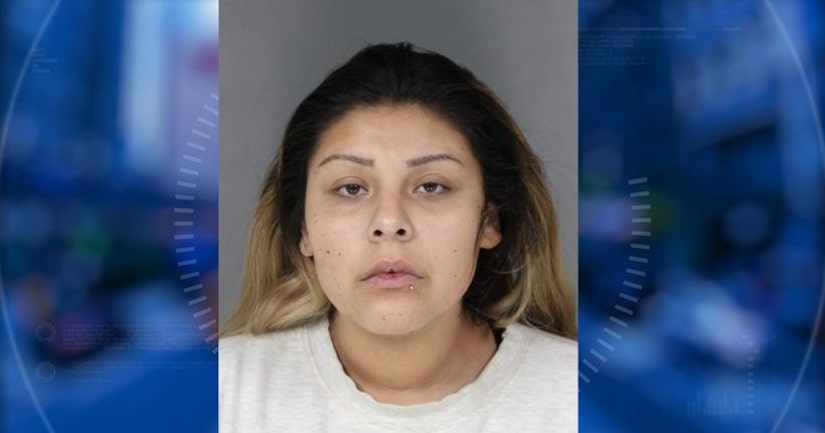 MENDOCINO COUNTY, Calif. -- (KTLA) -- A Northern California mother was arrested after allegedly leaving her young child in a car parked outside a friend's house while she went inside to hang out, officials said Friday.

Alexandrea Raven Scott, 23, is accused of causing her 18-month-old son's death by leaving him in the back seat with the windows rolled up for about 10 hours, the Mendocino County Sheriff's Office said in a news release.

She allegedly deserted the boy around 3 a.m. Wednesday after arriving to visit with friends in Willits, along the 101 Freeway about halfway between Eureka and Santa Rosa.

A San Jose State professor and former National Weather Service meteorologist told the Mercury News that Mays' is the first vehicular heatstroke death in California this year. The temperature in Willits was about 80 degrees when the boy was found at 1 p.m., meaning it was about 130 degrees in the car, Jan Null said.

“It doesn't have to be a blazing hot day for these to happen,” he told the newspaper. “They can happen anywhere, and happen to anyone.”

Sheriff's officials became aware of the fatality around 1:30 p.m. after Scott took her son to a local hospital, where he was pronounced dead.

Investigators then went to the home where she had been socializing, where the vehicle Mays died in was still located, to collect evidence and speak with witnesses.

FULL STORY: 18-month-old dies after being left in car for 10 hours while mom socialized in NorCal: sheriff's officials - KTLA