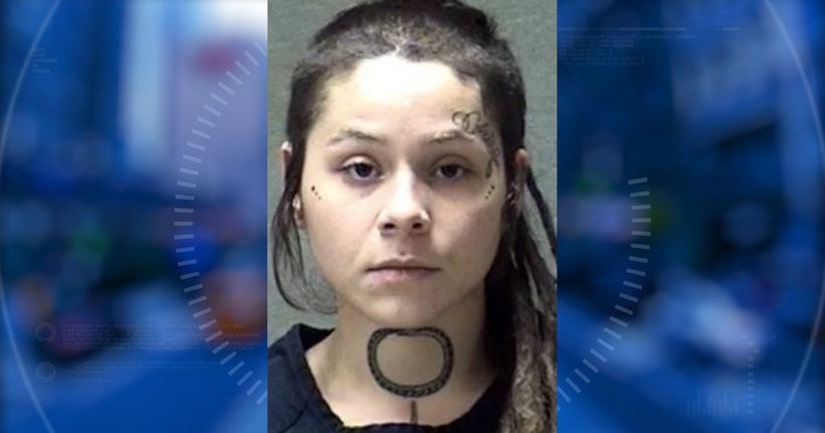 YORKTOWN, Ind. -- (WXIN) -- Outrage on social media led to the arrest of a woman who spit in the face of a mother last week in a road rage case, police say.

According to Yorktown police, the mother was driving with her newborn infant in the car around 2:30 p.m. Wednesday when she noticed a car tailgating her near Nebo Road and Kilgore Avenue.

While they were stopped at the intersection, a passenger got out of the vehicle and spit in the mother's face. That woman—identified as 26-year-old Kinsey Robinson—also had a knife, police said.

The baby was not injured during the incident. The mother was driving to a medical appointment and was being extra careful since she had her baby in the car.

The incident sparked outrage on social media after the baby's grandmother posted about it, appealing for help from neighbors in finding the woman and the white Chevy Cavalier involved.

“My daughter told her she has a baby in the backseat and the girl even looked back at her then spit on my daughter,” Stacey Marlow wrote on Facebook.