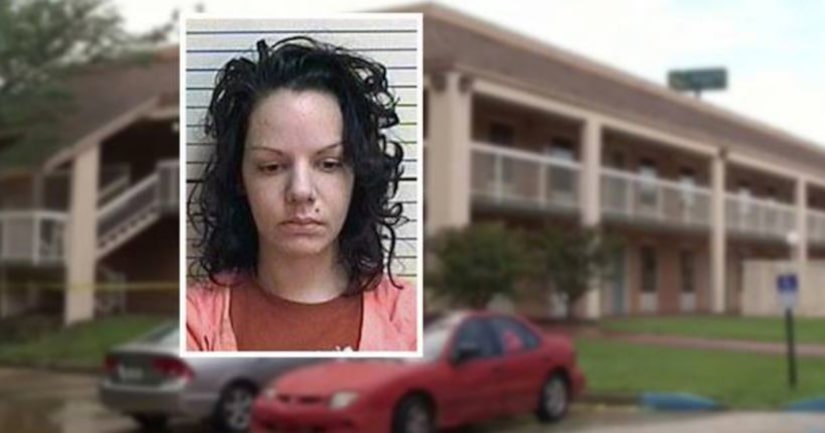 KINGSLAND, Ga. -- (WJXT) -- The mother of a 7-month-old boy who died last week after being pulled from a car at a Kingsland motel has been charged in her son's death.

Rhae Odum, 28, was booked into the Camden County Jail just before 10:30 a.m. Monday on charges of involuntary manslaughter and child cruelty. She is being held without bond.

Investigators said the charges were based on physical evidence and an interview with Odum. They said other charges are pending.

The coroner's office determined Odum's son died of hyperthermia after he was left in a vehicle at the Quality Inn motel in Kingsland.

Kingsland police said they were called to the hotel just off Interstate 95 at 2 p.m. June 19 to investigate an infant not breathing.

A guest at the hotel told News4Jax he heard a woman screaming that her baby needed help, came out of his room and bolted downstairs.

"When I got over there, she was laying on top, like on top of the baby, hugging and crying hysterically," said the man, who did not want his name used. "He had blood coming out of his nose, so I thought maybe he had hit his head or something. Once I started doing infant CPR (and) I felt how hot he was."

He said the child had no pulse, and he felt it was too late. Police said when they arrived the child was dead.