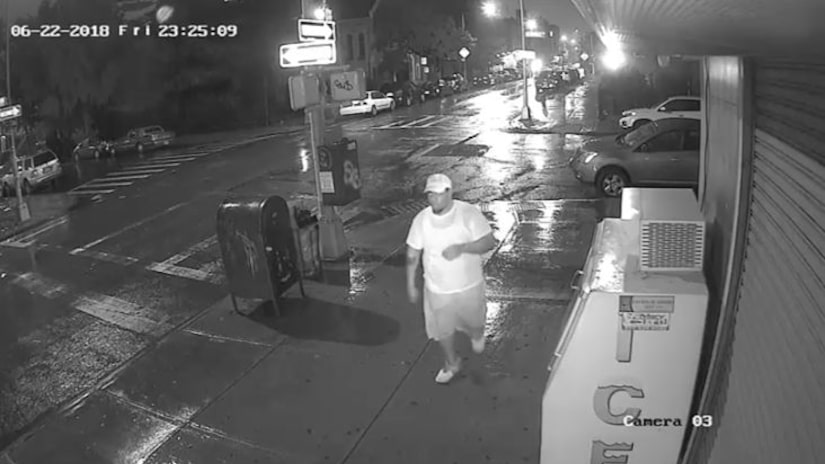 BROOKLYN, N.Y. -- (WPIX) -- Authorities are searching for the man who they say attacked and robbed a 74-year-old man in Brooklyn Friday night.

At about 11:30 p.m., the victim was returning to his residence along Bainbridge Street between Saratoga and Rockaway Avenues in Bedford-Stuyvesant when another man approached him from behind, police said.

The man placed him in a chokehold and punched him in the right eye and removed his wallet and keys from his pants pocket, authorities said...