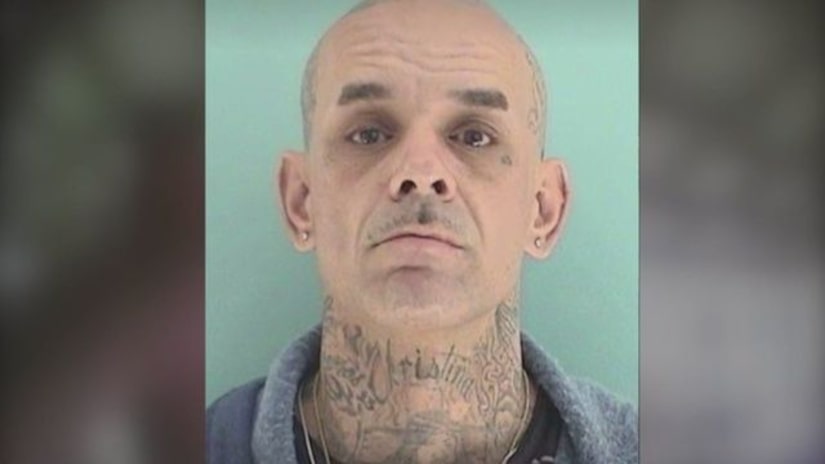 BLOOMFIELD, N.M. -- (KRQE) -- San Juan County deputies were called to a bizarre incident near Bloomfield in late May when a woman told deputies a man she didn't know was bleeding all over her porch.

"He's still got the arrow in his arm," said a dispatcher in the police video.

The man on the woman's porch turned out to be 38-year-old Eric Tillerson. Deputies and paramedics say he had an arrow lodged in his arm.

As Tillerson was rushed to a nearby hospital, deputies tracked his trail of blood back to the scene of the crime. When they found themselves at another house, the homeowner told them Tillerson had been coming by his home throughout the day, making threats.

He then said Tillerson later hopped a fence and shot at a dog. That's when he pulled out his bow and arrow and shot Tillerson in the arm.

At the hospital, Tillerson bolted, but deputies found him soon after and eventually sat him down to ask what happened.

Surveillance video ended up connecting Tillerson to an attempted break-in just days earlier at a Farmington home. One town over, and one arrow through his arm later, deputies said they had their guy.

Tillerson has a long criminal history that includes numerous charges for burglary and aggravated assault.