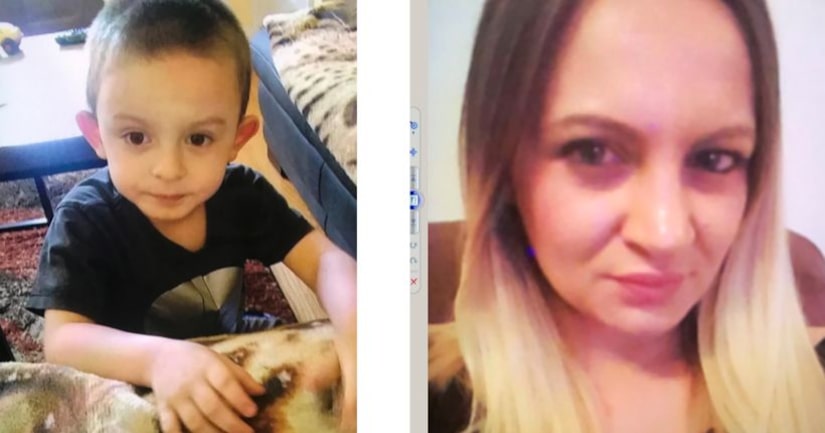 ST. LOUIS -- (KTVI) -- The St. Louis County Police Department is asking for the public's help in locating a missing mother and her son.

An Endangered Person Advisory has been issued for 29-year-old Seldina Sakanovic and 4-year-old Alma Sakanovic, her son.

According to police, Sakanovic was last seen leaving her parents' house on June 22 at around 7 p.m. at 9277 Forman, St. Louis.

Sakanovic is described as a Caucasian female, 5'5” tall, weighing approximately 135 pounds, with blonde hair, blue eyes, and a fair complexion. She is 7 months pregnant and was last seen wearing a black t-shirt and blue jeans.

Sakanovic has made suicidal statements in the past and sent her sister a suicidal message on June 22 threatening to kill herself and her son.

Anyone seeing the missing persons, or anyone having any information related to the endangered missing persons should immediately dial 911 to contact the nearest law enforcement agency or call the St. Louis County Police Department at 636-529-8210.