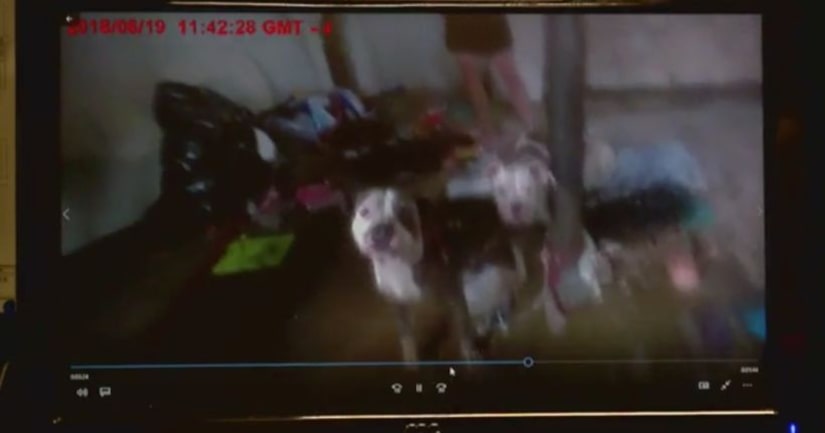 Police Chief John Majoy said the city's housing inspector called officers after he found the four dogs during an inspection of the home on East 53rd Street.

“Two of the dogs were on a very short lease and chained to a pole in the basement,” Majoy told Fox 8. “Then there were two puppies in a very hot attic. It had to be over 100 degrees in that attic and they were eating insulation. There was no food and no water for these animals.”

Newburgh Heights police body camera shows the dogs chained to the pole in the basement.

“It's OK, it's OK, we are going to take care of you,” one officer can be heard saying on the body camera video.

The two people police believe lived in that house, Dion Harris and Jasmine Grays, were arrested on the charges under a law named after legendary Fox 8 weatherman Dick Goddard.

The two appeared in Garfield Heights Municipal Court Thursday and plead not guilty.

When asked, after his court appearance , if he ever fed the dogs Harris replied, “you all look at them they weren't skinny.”