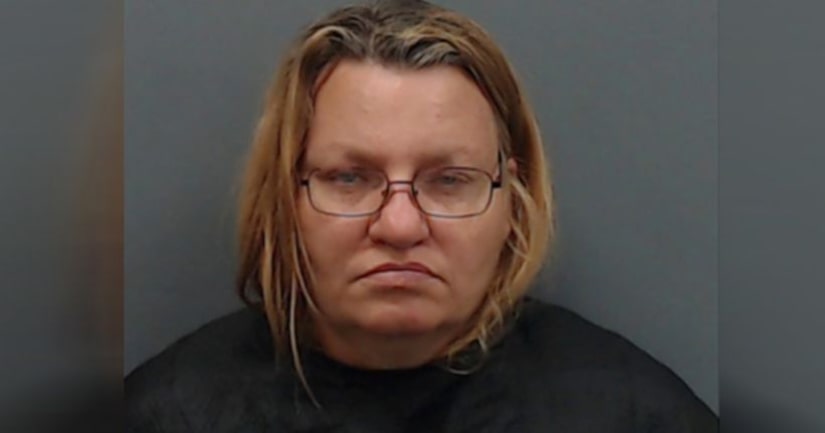 TEXAS -- (KRON) -- An arrest warrant details the alleged actions of an East Texas woman who induced a child younger than 14-years-old to engage in sexual conduct.

On June 12, 2018, Carrie Songer (Sue) Kelly, 44, of Lone Oak, was arrested for sexual performance by child under the age of 14-years-old with the intention of employing, directing or promoting.

The Nebraska officer stated they spoke with a man, identified as Dustin Leiting, who had been communicating with Kelly on MeetMe and KIK. Kelly was using the name "CKelly74" to communicate with Leiting.

Leiting told officials Kelly said she wanted to bring him a child, who she said was 8-years-old, for sexual intercourse in exchange for money, specifically $100. Leiting said he continued communication with Kelly until he could file a report with law enforcement, according to the warrant.

Longview police notified Child Protective Services of the situation who confirmed Kelly had access to a female child, born in 2009. The information was obtained through a prior case and found Kelly also had ties to other children.

Kelly continued to communicate with the undercover officer and stated she had obtained child pornography and had previously engaged in the sexual abuse of children.

According to the warrant, on January 4, 2018, Longview police and CPS located Kelly at White Oak Independent School District. Kelly was interviewed and admitted to communicating with Leiting and the undercover officer regarding the exchange of sexual favors with the child for money. Police asked Kelly where her phone was and she claimed she lost it. CPS called the number to Kelly's cell phone and Kelly's child answered the phone stating she was in the lobby of the school.

The phone was taken to the Longview Police Department for forensic examination. When police attempted to return the phone to Kelly, she was no longer at her listed residence. She did not try to contact officials regarding her phone. The warrant states CPS took possession of Kelly's children pending investigation.

On January 24, 2018, a female minor was interviewed at the Child Advocacy Center.

While viewing the first video, police saw the same child who was interviewed in January sitting on the foot of a bed with no shirt on.

A female, identified as Kelly, can be heard asking if she can "help her" and she puts on a nightgown. Kelly then begins to moan before pointing the camera to her genitals where she can be seen performing a sexual act with her fingers as the child watched.