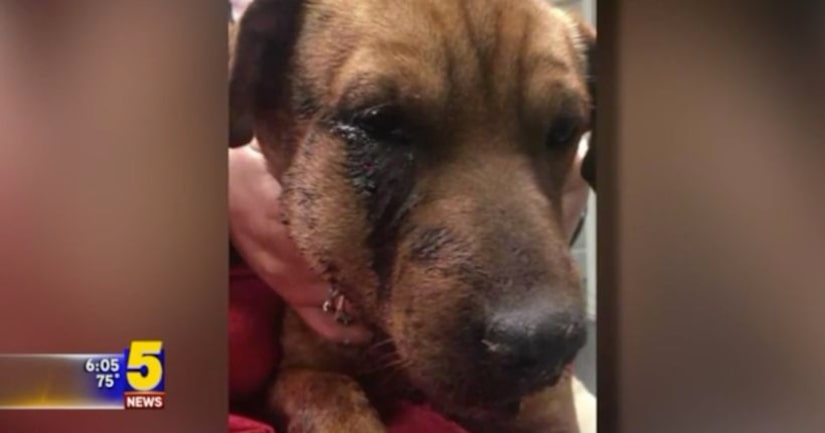 FORT SMITH, Ark. -- (KFSM) -- In late March, a 4-year-old breed mix named Hope was found tied to a tree with three bullets to her face.

"We found that she was shot three times in the face, so she had to get some emergency vet care," said Amber Neal, Hope Humane Society director.

Hope was taken to the Hope Humane Society in Fort Smith where Neal took her in while she healed. Scars on her face remain where the bullets entered. Hope will have to receive check ups and possible work on her jaw and teeth in the future, but her health is back to normal.

"She's one amazing dog and she deserves the most amazing home," Neal said. "With me having such a busy work schedule, with all the other babies that I am trying to save, she needs to be somebody's constant companion and that would make her the happiest dog in the world."

On Wednesday (June 20), Hope was taken to the Fort Smith Nature Center where she met her forever dad.

Koch is a park ranger with Arkansas State Parks. He said Hope's story was touching and he knew he wanted to care for her.

"I would like someone to travel with me and see some neat places, do a lot of hiking on outdoor adventures," he said.