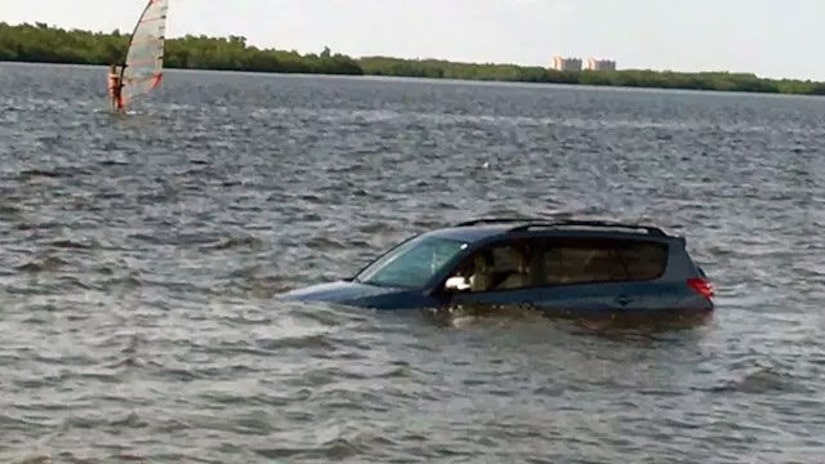 FORT MYERS, Fla. -- (WBBH) -- A Cape Coral mother drove her SUV into the water off the Sanibel Causeway with her child inside Tuesday.

"When I first saw it, I just thought somebody panicked, put it in drive, and thought they hit the brakes and they hit the gas, that was my impression," recalled one witness.

Witnesses immediately jumped to rescue the mother and child, but when deputies arrived, Buccieri was seen dragging her son back in the water as he cried for help.

Buccieri's child told investigators his mom was parked on the beach staring at the water when she floored it, forcing it offshore.

Buccieri's family declined to comment, but said the boy is doing just fine.

The mother is arrested and facing several charges. Authorities have not released a motive.

FULL STORY: Mother drives SUV into water off Sanibel with child inside - WBBH