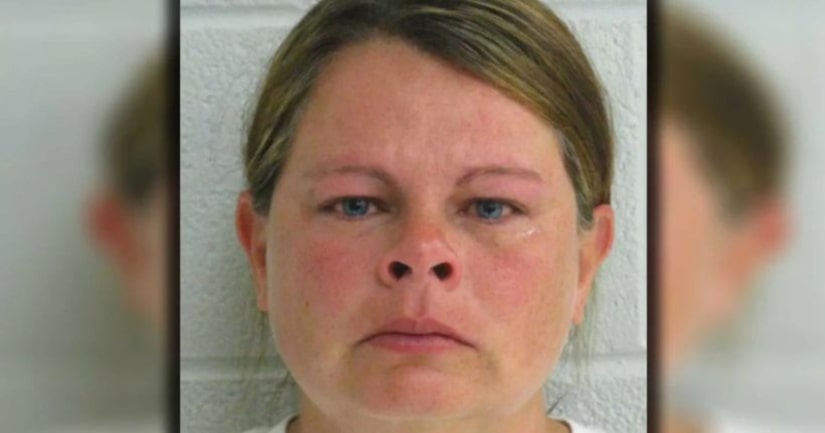 COVINGTON, Okla. -- (KFOR) -- An Oklahoma teacher's aide is accused of giving students alcohol and having sex with one of them.

Earlier this month, an 18-year-old student told authorities that Jeri Ann Griffin, 41, of Covington, had provided beer to students and had sex with him.

Griffin is a teacher's assistant for Covington-Douglas Public Schools, the Enid News and Eagle reports.

The teen told authorities that a few months ago, he was at Griffin's house with her husband, helping them move to another house when he was given alcohol.

According to court documents obtained by the Enid News and Eagle, the teen said he drank 10 to 15 beers that night at Griffin's home, along with a 15-year-old freshman.

The teen said Griffin had also been flirting with him over Snapchat that same night, according to court documents.

He told authorities that he later met Griffin at the other house and the two had sex.

According to the Enid News and Eagle, Griffin asked the teen not to tell her husband, but said they should do it again.

The teenager told authorities there were several other times when Griffin performed oral sex on him and they once made out in a closet.

A 15-year-old boy who had also told police he was invited to drink at the couple's house said Griffin tried to kiss him multiple times; however, he said that he told her to stop.

The 15-year-old even said Griffin messaged him over Snapchat, asking if they could hang out again.

The 15-year-old boy told investigators that he stopped hanging out with Griffin because she made him uncomfortable.

When police questioned Griffin about the allegations, she initially denied them, saying the teens were only over at her house because they are friends with her two teenage sons.

However, Griffin later allegedly admitted to giving the teens alcohol and having sex with the 18-year-old.

According to court documents, she said she provided the teens with alcohol and had sexual contact with the 18-year-old all before school let out for the summer.