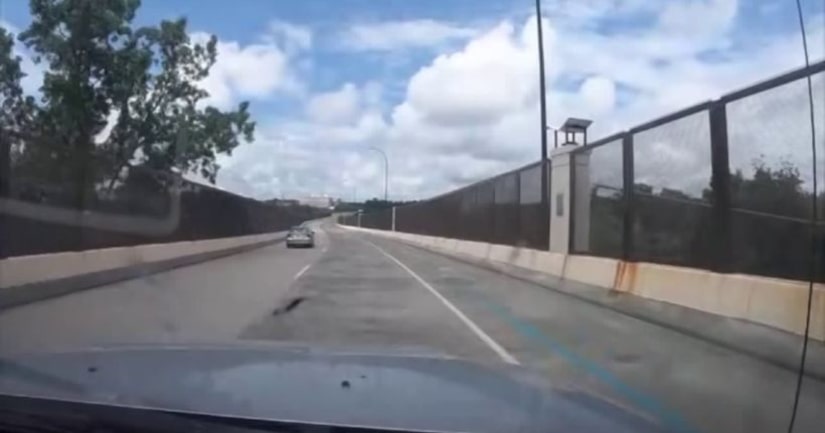 AKRON, Ohio -- (WJW) -- A woman and her boyfriend were assaulted with a piece of concrete during a road rage incident in Akron on Monday.

The victims told Akron police they were stopped behind a motorcycle at the traffic light. When it turned green, the motorcyclist didn't move so the man honked the horn.

The suspect got off his bike and approached the car, police said. The woman got out of the car and the two started arguing. That's when the motorcyclist pushed her, according to police.

The victims got back into their vehicle, thinking the incident was over, and drove across the All-American Bridge. Akron police said the motorcyclist was standing on the curb at the end of the bridge and threw a piece of concrete through the passenger window.

It hit the woman in the face and landed on the driver's arm. She suffered a broken jaw.

Anyone with information is asked to called the Akron Police Department at 330-375-2552.