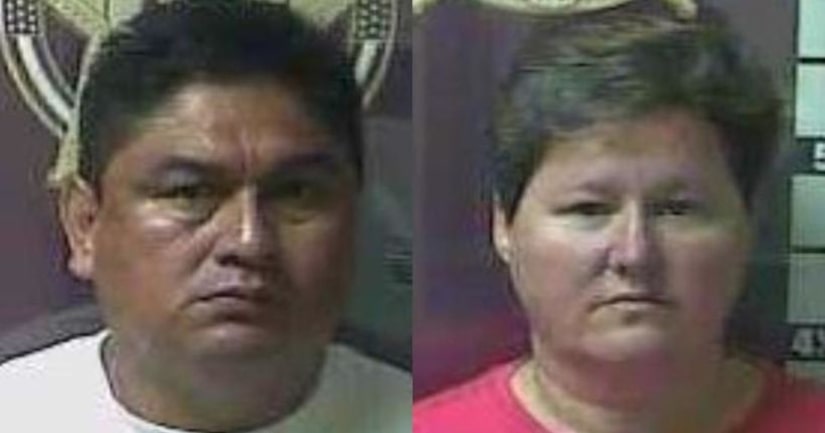 RICHMOND, Ky. -- (WDKY) -- Richmond police say two are behind bars after an officer discovered a person with fetal alcohol syndrome was being locked in a bedroom filled with feces.

An arrest citation shows officers responded to the scene of a home on Beechwood Drive Friday for a welfare check. The mother, identified as Shannon Felix, told authorities her daughter lives at the home and suffers from fetal alcohol syndrome.

The daughter is reportedly 18 years old.

The mother told officers her condition causes her to wake up and walk around the home at night, so she got a bed which would help contain her.

Officers entered the home and noticed a strong smell of feces. One officer walked to the basement where the daughter's bedroom was located. The officer noticed a large wooden cage with a combination lock on the outside. The officer found a small children's toilet filled with feces and urine once entering the cage.

Shannon Felix told authorities they set up her bedroom this way so her daughter "doesn't get out and we can get some sleep."

Shannon Felix and her husband Tito Felix were charged with unlawful imprisonment and criminal abuse.