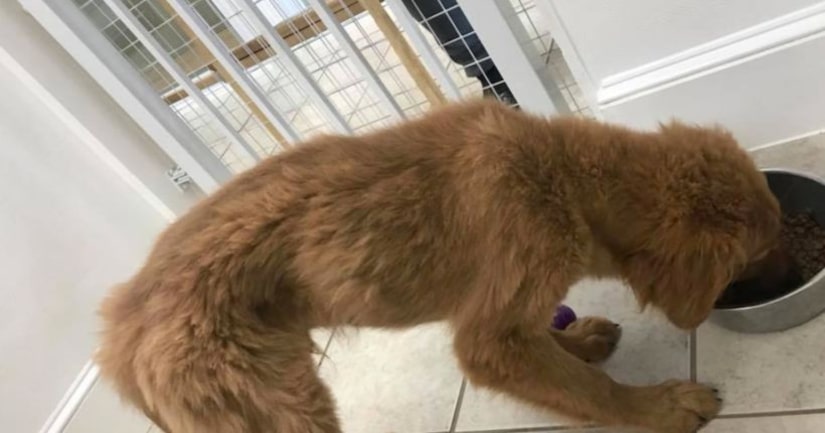 DICKSON CITY, Pa. -- (WNEP) -- Complaints posted on Facebook about a pet store in Dickson City are now the focus of a police investigation.

Albona Kabashi, of Archbald, took pictures of a golden retriever puppy while she was shopping for a pet at Puppylicious Puppy Boutique on Business Route 6 recently.

After the visit, Kabashi decided to post the photos to social media showing what she believes is a malnourished dog along with the details of her visit. Now, police are investigating.

"If I say my side of the story maybe something will change, you know? And then it blew up, went viral. It got over 4,000 comments and close to 3,000 shares and reactions," Kabashi told Newswatch 16.

In the post, Kabashi described her experience with the store's manager and the golden retriever. Kabashi says seeing the puppy's ribs through the fur prompted her to ask about the dog's care.

"I was like, 'Oh, well, how often do you feed this dog.' And she was like, 'This is why I don't bring dogs out for people like you.' She says that it's lack of exercise, but lack of exercise would be a fatter dog, so clearly they're not feeding the dog, you know?" Kabashi said.

The manager of Puppylicious Puppy Boutique did not want to go on camera and also would not let our cameras inside the boutique, but she tells Newswatch 16 she cares for these animals like they were her children."

The manager says the animals inside are well taken care of and are fed regularly.