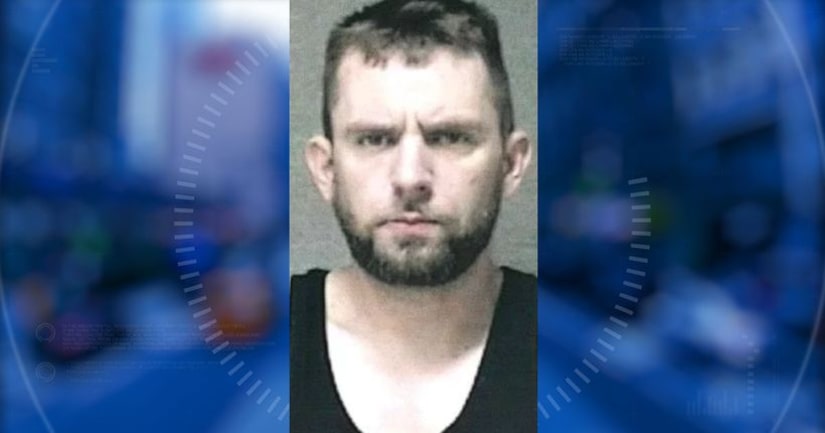 MUNCIE, Ind. -- (WXIN) -- A Muncie man was arrested Sunday after allegedly kidnapping and attacking his girlfriend after she broke up with him.

Officers began investigating the incident when they were called to City Hall at 4:44 p.m. Sunday, where they found a 25-year-old woman with two black eyes, scratches on her arms and leg, leaves in her hair and dirt on her clothes. She had lost consciousness.

She was taken to IU Health Ball Memorial Hospital for treatment. When she woke up, the woman said she'd broken up with Warfel about three weeks ago and has been trying to avoid him—she was “in hiding,” according to court documents—ever since.

She told police she saw Warfel's truck at 29th and Madison; when she tried to get away, she said he grabbed her and threw her in the truck. She told police he held a knife to her throat.

When they returned to Warfel's house on West Jackson Street, Warfel said he'd kill her if she ran off; the woman took off toward the White River despite the warning. She said Warfel tracked her down and pushed her head underwater in an attempt to drown her, court documents said.

He then dragged her by her hair back to his house. The woman said she lost consciousness at that point, prompting Warfel to carry her the rest of the way.

He placed her in a bathtub, filled it with water, plugged in a hair straightener and then threw it into the tub in an attempt to electrocute her, she told police. She said he punched her throughout the encounter.

The woman said Warfel “faked a heart attack,” which allowed her to escape through the bathroom window and get help from a neighbor.