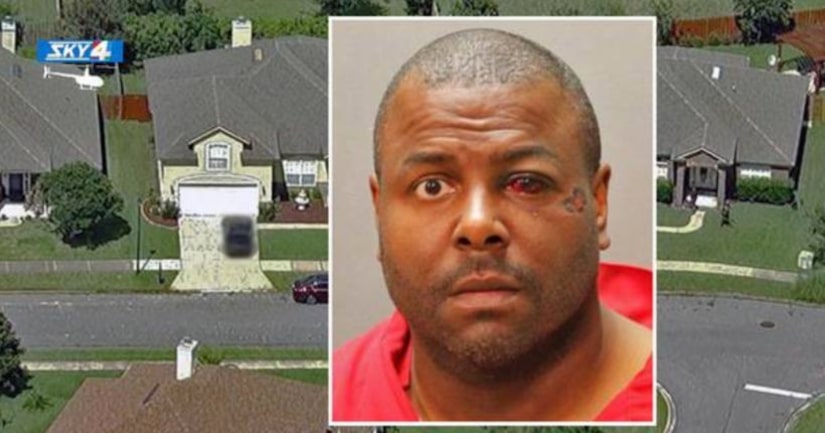 JACKSONVILLE, Fla. -- (WJXT) -- A man taken into custody after an hours-long SWAT standoff in the Sandalwood area on Friday confessed to fatally stabbing his wife and stuffing her body in the trunk of his car, Jacksonville police announced Tuesday.

Gerard Stewart, 45, is charged with murder and tampering with evidence in the death of his wife, Julie Stewart, 42.

Police said Gerard Stewart initially called police about 2 p.m. Friday to say he'd killed his wife and that her body was in the trunk of the car. When police arrived at Stewart's home on Cavalry Boulevard, Stewart was backing the car out of the garage, Lt. Craig Waldrup said at a news conference Tuesday.

Stewart then ran into the home, threatening to harm himself and officers. The SWAT team was called in, and some time during a three-hour standoff, Stewart took a large number of pills in an unsuccessful attempt to take his own life, police said.

Gerard Stewart was taken into custody, Baker Acted and taken to a hospital. Julie Stewart's body was found in the trunk of the car.

Waldrup said that during the standoff and again in an interview with homicide detectives, Stewart confessed to fatally stabbing his wife and stuffing her body in the trunk.

He said the two had been having domestic issues. Waldrup said officers had never been called to the home before Friday.