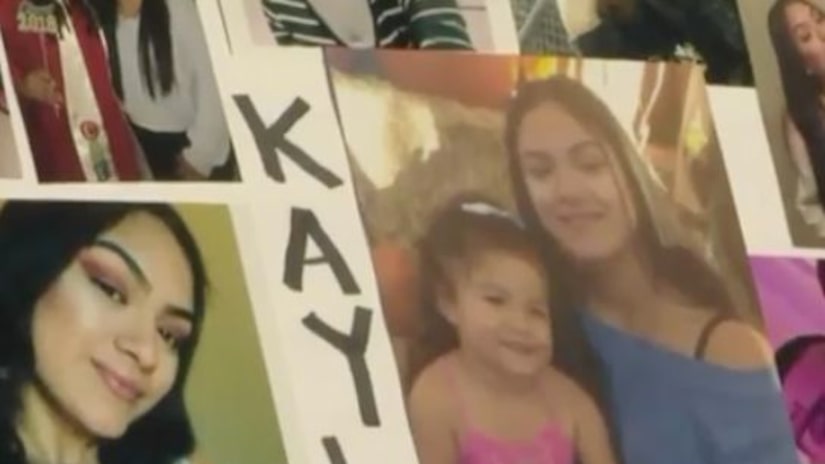 SAN PEDRO, Calif. -- (KTLA) -- A female victim who was found with a gunshot wound inside a crashed vehicle in San Pedro early Monday has been identified by her family as a 17-year-old mother of a young daughter.

Kayla Huerta's body was discovered in the car near the intersection of West Sepulveda Street and Cabrillo Avenue about 2:30 a.m. Authorities responded to the area after receiving reports of a traffic collision, said Los Angeles Police Department Sgt. James Talamage.

Officers arrived to find the light-colored car crashed into a cinder block wall outside an apartment building on the residential street.

But when they looked inside the vehicle, they discovered that the victim had been shot multiple times, including in the head, officials said.

Investigators were unsure, however, whether Huerta was killed in the vehicle or if she was brought to the location, according to LAPD Capt. Giselle Espinoza.

“We don't know if it was moving prior, or we don't know at what point the shooting occurred,” Espinoza said.