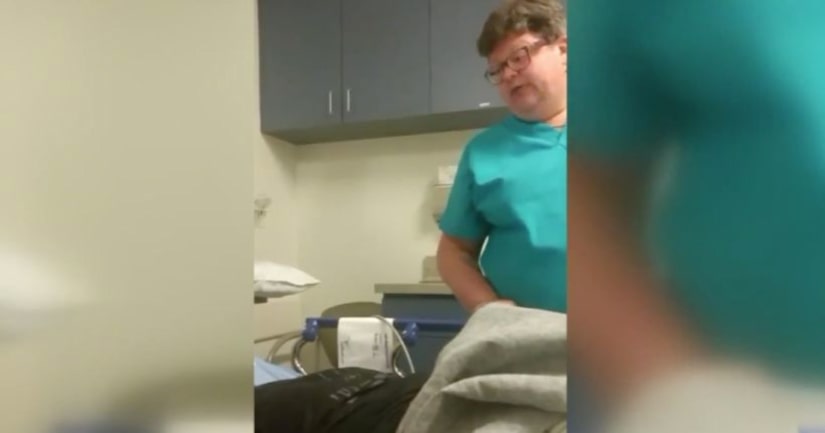 LOS GATOS, Calif. -- (KTLA) -- An ER doctor announcing you're one of the "least sick of all the people" sounds like good news, but in the case of Samuel Bardwell, it was a callous statement made while he was suffering a full-blown anxiety attack.

Now Beth Keegstra, 57, the contracted physician who tended to the 20-year-old last week at El Camino Hospital in Los Gatos, Calif., has been permanently taken out of the rotation of ER doctors at all of the health system's locations, per a release.

The Mercury News reports Bardwell was hospitalized Monday after he had an anxiety attack during basketball practice at West Valley College. His dad, Donald Bardwell, tells the San Francisco Chronicle that Samuel has a history of anxiety attacks and takes Klonopin, a benzodiazepine, to treat that, but that he'd been busy over the previous few days and hadn't had a chance to pick up his new prescription.

The father and son say Keegstra started right off the bat by accusing Samuel of using drugs, and that's when the elder Bardwell started taping video, which he uploaded to Facebook.

In the video, Keegstra scoffs at Donald Bardwell's assertion that his son was drifting "in and out of consciousness," and at one point she answers "Mm-hmm" when Samuel Bardwell asks her, "[So] I'm full of s---?"

Samuel Bardwell also mentions he can't breathe in, to which Keegstra replies: "He can't inhale, wow! He must be dead! Are you dead, sir?"