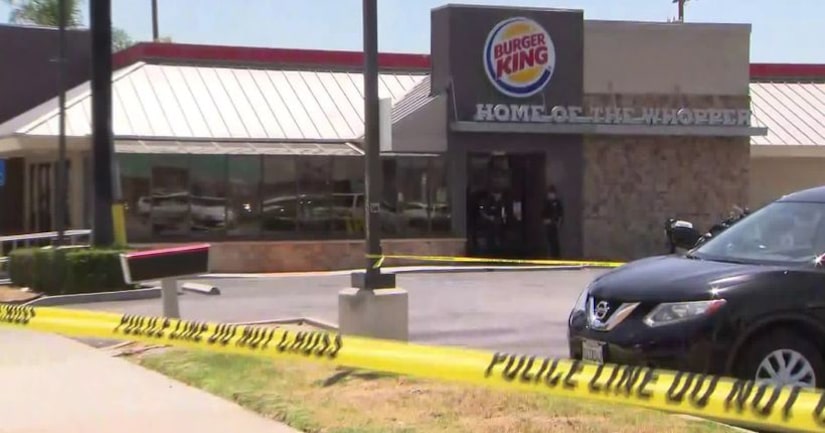 The man accused of stabbing a diner at a Burger King in Burbank has died after a customer came to the victim's aid after the initial attack late Tuesday morning, police said.

He has been identified by police as 36-year-old James Rey Richard Kagaoan, a transient with his last reported address in Sun Valley, according to KTLA.

BURBANK, Calif. -- (KTLA) -- A suspect accused of stabbing a diner at a Burger King in Burbank was critically injured by a customer who came to the victim's aid after the initial attack late Tuesday morning, police said.

Officers were dispatched to the fast-food restaurant in the 500 block of North Victory Boulevard just after 11 a.m. after receiving a call of an assault with a deadly weapon, according to a news release from the Burbank Police Department.

The preliminary investigation revealed that the victim was having lunch with two acquaintances when the suspect entered the restaurant with a knife and, for unknown reasons, began stabbing him in the face, according to Sgt. Derek Green. He described the victim as “elderly,” but didn't provide an age.

As the attack continued, another customer intervened. During the ensuing struggle, the suspect received several stab wounds, Green said.

He was taken to a hospital in critical condition, according to the sergeant.

The victim was also hospitalized with non-life-threatening injuries.

The customer was not transported.

A motive for the attack is not yet known, but police believe the stabbing was “completely random and unprovoked,” according to the release.