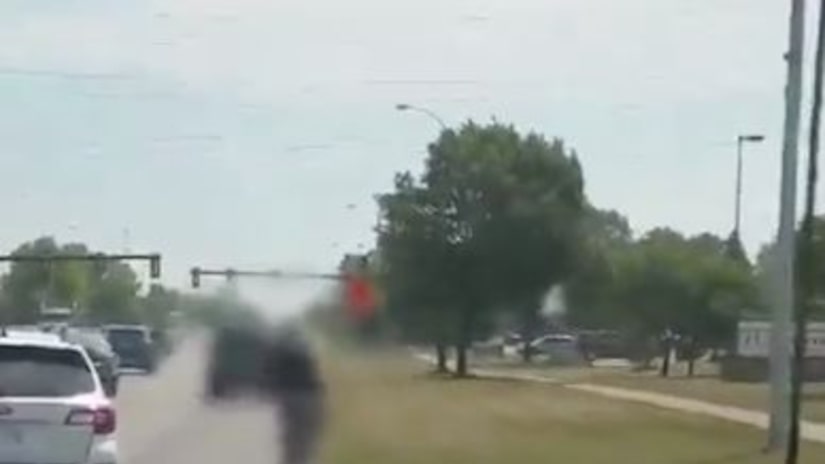 TAYLOR, Mich. -- (WXYZ) -- Two robbery suspects are on the loose tonight and the long arm of the law is on the lookout after a Citizens Bank in Taylor was robbed at noon on Monday.

After the Citizens Bank on Eureka Road and Pardee was robbed, detectives say the thieves tossed the cash out of the window after a dye pack exploded on the cash..

People in area began picking up the cash from the sidewalk and the street, and the whole thing was caught on camera in a video that has since gone viral, garnering over 600 shares and 38,000 views.

Some of the cash was turned over to the police. The bills that haven't been returned are marked, and could lead to some trouble for those who don't turn it in to a bank or the authorities.

Taylor Police are aware of the video. They are also looking to nab everyone involved in the back robbery. So, if you have some of that stolen money, do yourself a big favor and turn it in.