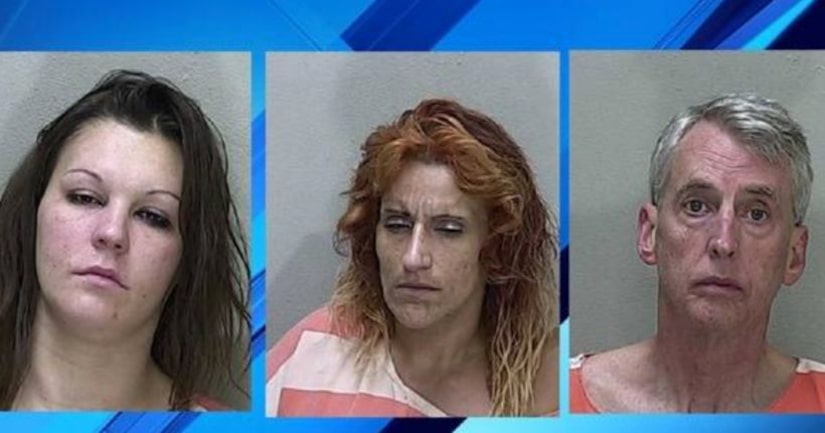 OCALA, Fla. -- (WKMG) -- Two women and one man have been arrested in connection to a false imprisonment in Ocala, officials from the Ocala Police Department said.

OPD officials said Devon "Brook" McDougal Stegall, 27, and Stacy Gonzalez, 37, were arrested on Saturday in on charges of false imprisonment and aggravated battery. Police said another suspect, Morris Beebe, 65, was charged with principal to false imprisonment.

Police said officers responded to reports of a woman yelling from a balcony at the Holiday Inn at 3600 SW 38th Avenue on Friday.

Officers said they found a 25-year-old woman who had been severely beaten with fresh blood on her face. They said she was transported to a local hospital.

Investigators said the victim told police Gonzalez and Stegall had tied her to a chair in the hotel room and beat her. She said Beebe was in the room as well but did not do anything to help, according to investigators.