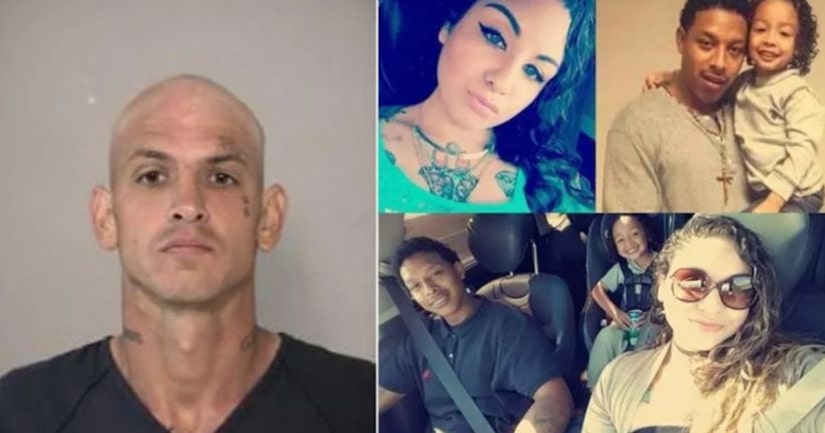 ANGLETON, Texas-- (KIAH) -- Investigators have arrested and charged a man accused of murdering a family of three that went missing two weeks ago.

Robert Allen Satterfield, 36, was arrested after he was pulled over while driving a car belonging to a missing woman, police say.

Maya Rivera, 24, her son Ray Shawn Hudson Jr., 5, and her son's father Ray Shawn Hudson Senior were reported missing on June 10, by Rivera's mother. The young family was last seen in the Angleton area a day before their son's birthday.