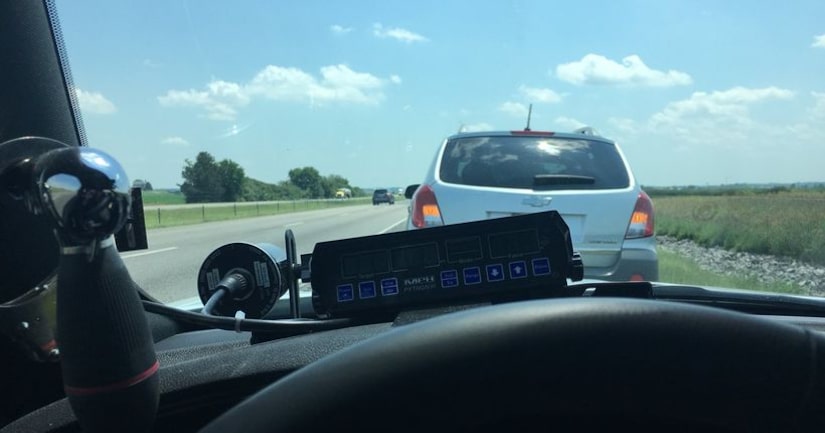 INDIANA -- (WXIN) -- A simple tweet from an Indiana State Trooper got an overwhelming response while he was reminding people about the state's so-called “slowpoke law.”

Sgt. Stephen Wheeles with the Versailles District in southeast Indiana tweeted a photo after pulling over a driver for going too slow in the left lane on I-65.

“I stopped this vehicle today for a left lane violation on I-65. The driver had approximately 20 cars slowed behind her because she would not move back to the right lane,” Wheeles tweeted Saturday.

“Again ... if there are vehicles behind you, you must move to the right lane to allow them to pass.”

The state's “slowpoke” or “move over” law went into effect in 2015. It says that drivers traveling in the left lane must move over if the car behind them is going faster. Police have said a driver going too slow in the fast lane can be just as dangerous for traffic as a speeding vehicle.

In one response to a Twitter user, Wheeles acknowledged that the law can apply even if you're going the speed limit -- it all depends on how fast the traffic behind you is going.

“The spirit of the law is that since many people drive well above the speed limit, it creates an 'accordion effect' as traffic starts backing up behind the slower vehicle,” Wheeles wrote. “This is where many of our crashes occur on the interstates. It's all in the name of safety.”

But he also said that the law isn't intended to encourage anyone to break the speed limit.