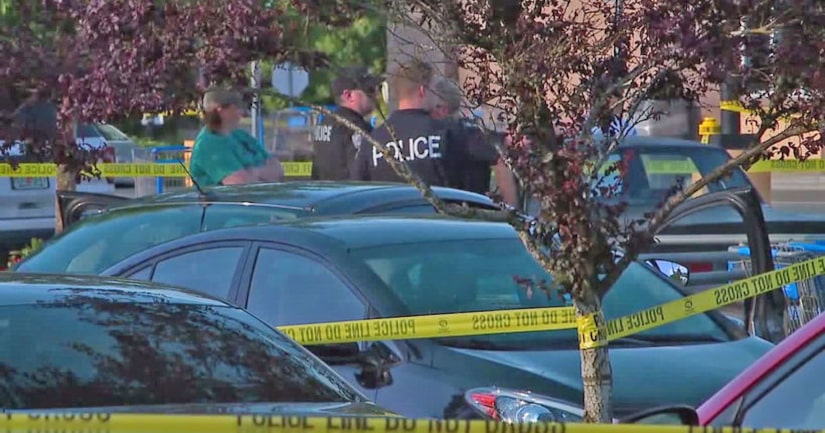 TUMWATER, Wash. -- (KCPQ) -- A shooting outside a Walmart Supercenter in Tumwater Sunday evening was the end result of a crime spree from the now deceased gunman, police said. That gunman was killed by an armed civilian in the Walmart parking lot.

Tumwater Police spokeswoman Laura Wohl said it all happened just after 5:30 p.m. when officers responded to an erratic driver. When officers were en route to that location they received reports of shots fired near Tumwater High School.

Upon arriving, officers found a 16-year-old girl suffering from minor injuries. It also appeared that her car had been stolen.

"As we were speaking to witnesses at that scene, we get another call of shots fired here at Walmart," Wohl said.

One driver was shot when he refused to give up his car, Wohl said. He was airlifted to Harborview Medical Center. As of Monday, the man was in critical condition and in intensive care.

As the suspect tried to take a second car a "bystander here in the parking lot shot the suspect," Wohl said.

According to a police release, two armed civilians initially approached the suspect.

Police believe the gunman is the suspect in all three incidents. He has not been identified. There are no other suspects in the carjacking incidents or reported shootings.

Police said there is no danger to the public.

Before attempting the carjackings, Tumwater Police said the suspect went into the Walmart and fired at a display case. No customers or employees were injured.

A witness said he saw a father with his family take out his concealed weapon and shoot the gunman dead in the parking lot.

That man is being hailed a hero by shoppers.