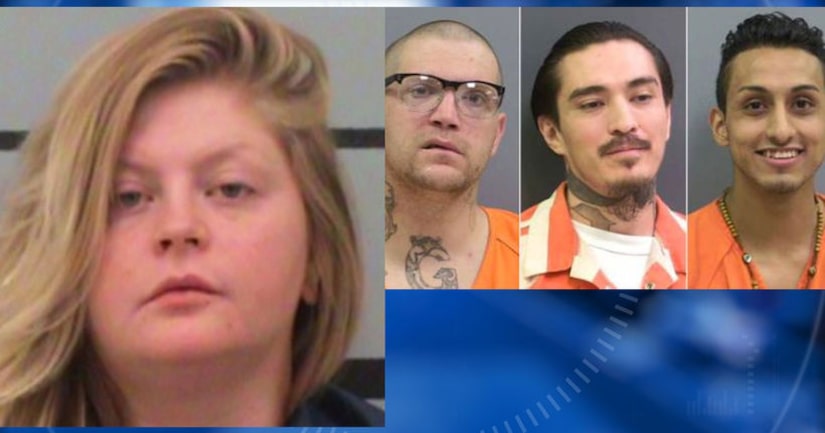 CURRY COUNTY, N.M. -- (KRQE) -- A Curry County detention officer has been arrested for assisting three inmates in escaping Friday. The manhunt for the inmates is ongoing.

The sheriff's office said it happened Friday around 11 a.m.

Officials say 31-year-old Aaron Clark, 24-year-old Ricky Sena and 28-year-old Victor Apodaca exited through a door on the east side of the facility and started walking north.

They say evidence suggests the three inmates were assisted by Sarina Dodson, who was working as a detention officer at the time of the escape.

Dodson was located and arrested early Saturday by the Lubbock County Sheriff's Office.

“I hate to say this, but I wasn't really too surprised. It's happened before,” said Art Scott, who works near the jail.

This is the latest incident at the troubled detention center, which has seen multiple escapes over the years.

Since 2002, more than a dozen inmates have escaped from the facility.

The men were being held on a number of charges, including aggravated battery with a deadly weapon, fraud, theft, and more.