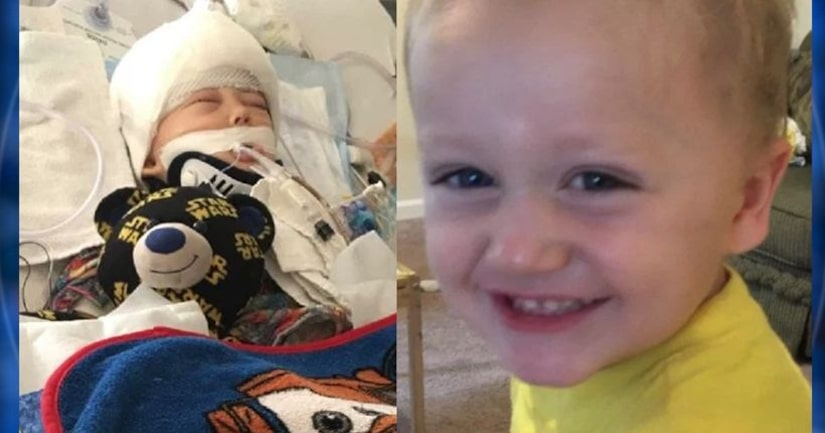 SAN BERNARDINO COUNTY, Calif. -- (KTLA) -- A 24-year-old woman was arrested in connection with the death of her 4-year-old stepson in Fort Irwin, about 30 miles north of Barstow, authorities said Thursday.

Rose Marie Schmittle was taken into custody on Tuesday, five days after Benjamin Schmittle was reported unresponsive at a residence on Rhineland Drive, according to inmate records and a news release from San Bernardino County sheriff's officials. The small town of Fort Irwin is home to the Fort Irwin National Training Center, a major U.S. military training facility.

Paramedics responded to a 911 call regarding the 4-year-old around 5:30 p.m. last Thursday. He was first taken to the base hospital, but the severity of his injuries required he be airlifted to the Loma Linda University Medical Center, the Sheriff's Department said.

A GoFundMe campaign created by his family said he was due to turn 5 next month.

The page also said he suffered a brain aneurysm, and had been in a coma and on life support. It appeared his birth mother had traveled from out of state to be by his side.

Investigators who were put on the case interviewed the child's relatives and uncovered information that led them to believe the toddler's injuries were not accidental.