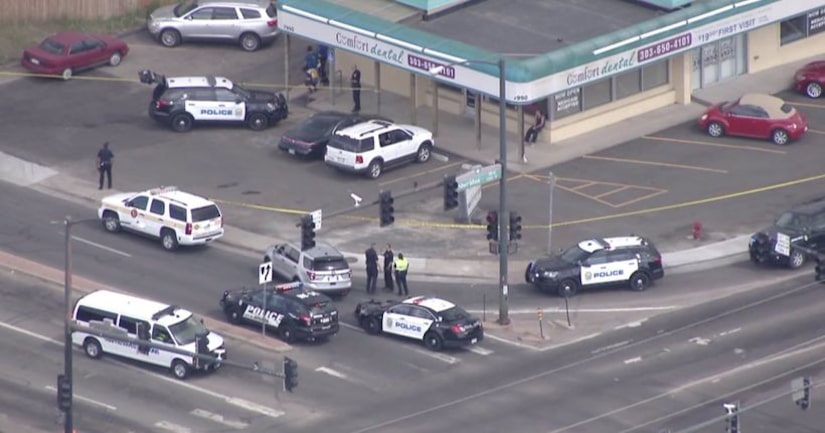 WESTMINSTER, Colo. -- (KDVR) -- A 23-year-old man has been arrested and booked into jail on suspicion of murder in a quadruple shooting outside a dental office that left a boy dead in what appears to be a case of road rage, the Westminster Police Department said Friday.

The boy was pronounced dead at the scene, and his mother and brother suffered life-threatening injuries in the shooting about 3 p.m. Thursday in the Cedar Wood Square parking lot near West 80th Avenue and Sheridan Boulevard.

The mother and boy who were wounded were in critical condition as of Friday morning, police said. They have not been identified.

Another man also was shot but is expected to survive his injuries, police said.

Webster fled the scene but was taken into custody about three hours after the shooting when the Colorado State Patrol intercepted his vehicle on Interstate 25 in Castle Rock.

The victims have no relationship Webster, police said. Police did not elaborate on how it turned into a case of road rage.