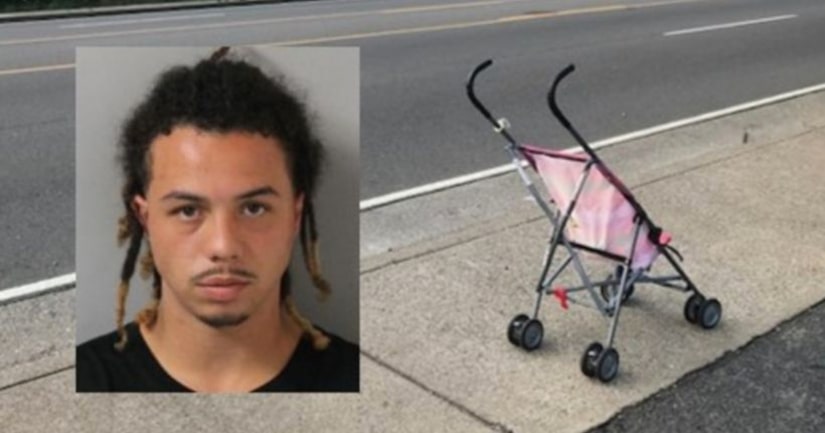 NASHVILLE -- (WZTV) -- A 21-year-old Nashville man is accused of selling cocaine and carrying a stolen gun for protection all while pushing a 6-month-old baby in a stroller near a school.

Dontae M. Easley is charged with aggravated child endangerment, possession or casual exchange of a controlled substance, possessing cocaine in a drug-free school zone, possession of drug paraphernalia and gun possession the the intent to commit a felony.

According to a Metro Police affidavit, police received a complaint about a man with a baby stroller selling drugs on the corner of 16th Avenue North and Cockrill Street. That's about 1,000 feet from Robert Churchwell Elementary School.

Officers responded and learned that the stroller had a 6-month-old baby inside. Police say Easley was nervous and a search yielded white rocks that field tested positive for cocaine, marijuana, a stolen 9mm Smith and Weston out of Columbia and digital scales. Officers also said they found $1,252 cash in numerous denominations on Easley.