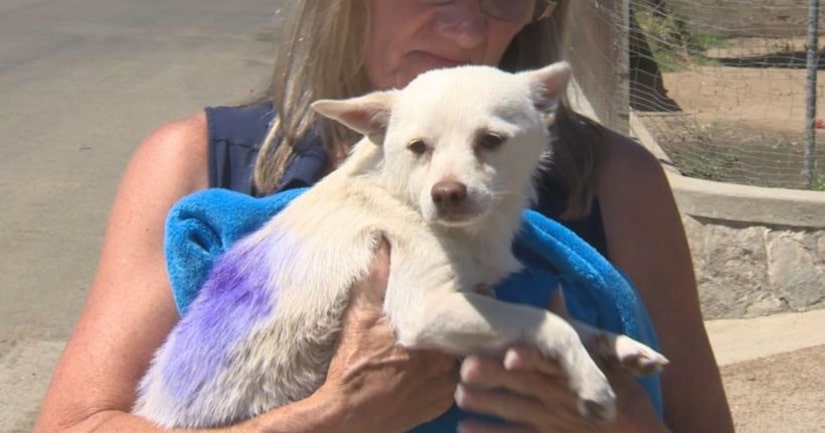 FRESNO, Calif. -- (KMPH) -- Pupz N Palz Rescue in Turlock is hoping it can raise enough money to help a dog that was found hurt and covered in a blue substance in Fresno.

According to the rescue's Facebook page, the dog was found by a woman in the 1300 block of North Clark on Wednesday. The woman immediately called a rescue which contacted Pupz N Palz.

The rescue was able to pick up the dog but says its' medical funding is drained and needs help. It needs about $2,000-$3,000 to help the dog get the care that it needs.

Pupz N Palz says it's unclear whether the dog was hit by a car or beaten before the blue substance was put on it.

FULL STORY: Dog found unable to walk and covered in a blue substance in Fresno - KMPH