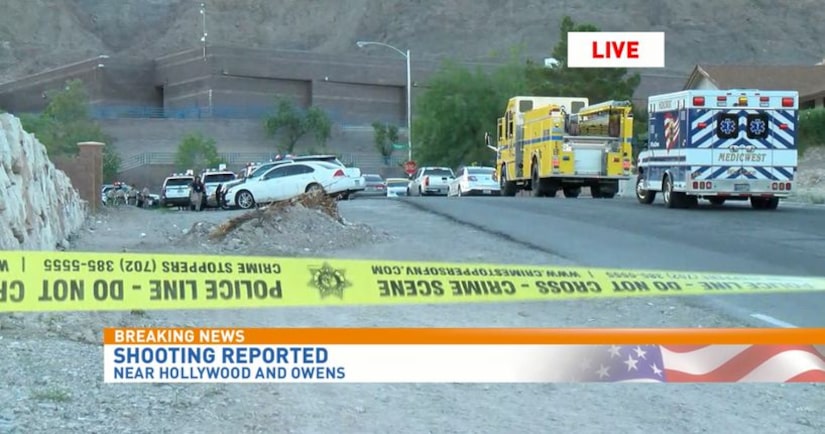 LAS VEGAS -- (KSNV) -- Officers on Thursday morning shot and killed a suspect identified in a string of robberies in the northeast valley, according to Las Vegas Metropolitan Police.

The shooting was reported at Radwick Drive and Owens Avenue, just east of Hollywood Boulevard, shortly before 4 a.m.

LVMPD told reporters at the scene the man who was shot and killed had been identified as one of three suspects in a series of robberies and carjackings reported around the Las Vegas Valley.

Police say officers found the suspect in the area early Thursday morning in a vehicle that matched the description from one carjacking, a black Dodge Durango. Officers said he was found asleep in the driver's seat, with an AR-15 in the passenger side.

Officers began setting up a perimeter, but the suspect apparently woke up before anyone could make contact and and drove the car away from law enforcement.

The car then made a U-turn and sped toward the officers, according to LVMPD. Several officers who were setting up the perimeter opened fire, hitting the suspect and the vehicle, which subsequently crashed into a patrol car.

Police said two suspected accomplices in the armed robberies were taken into custody earlier Wednesday. None of the people involved has been identified.

This is the eighth officer-involved shooting involving Las Vegas Metropolitan Police in 2018.