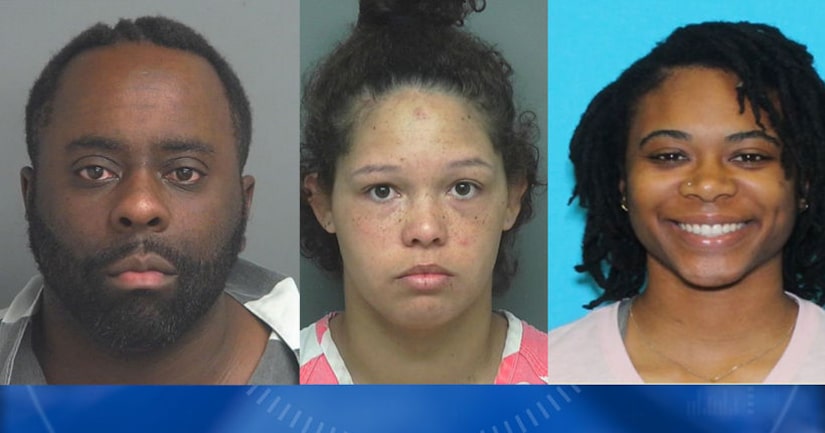 The suspect is accused of grabbing a child by the neck and choking as well as scratching them at Children's Safe Harbor on Feb. 27. Thompson is still employed with the center, investigators said.

Law enforcement officials are requesting the public's help in finding Thompson. If anyone has information or knows the location of Jadaniran Thompson, please contact Montgomery County Crime Stoppers at 1-800-392-7867.

Thompson, Jasmin Lyons and Hiram Thigpen were all hit with third-degree felony charges on Tuesday and are expected to be only the first of several employees to be arrested in the case, the district attorney's office said. Thompson's case is being investigation by the Montgomery County Sheriff's Office.

Lyons, who is charged with injury to a disabled child, is accused of fracturing the victim's arm by grabbing their wrist and twisting prior to bedtime at the facility on Oct. 10, 2017.

The 23-year-old was fired from her position and then later arrested on Wednesday. The Montgomery County Pct. 1 Constable's Office is investigation this case.

Hiram Thigpen was also arrested Wednesday on charges of injury to a child. He is accused of throwing the victim to the ground and then pressing his knee into the child's neck. The suspect's case is being investigated by the MCSO.

“These are the first three arrests in a very active and ongoing investigation into the Care Cottage facility,” Special Crimes Bureau Chief Tyler Dunman said.