LOS ANGELES -- (KTLA) -- Marvel Comics legend Stan Lee has been granted a temporary restraining order against a man claiming to be his caregiver.

The order was issued Wednesday, according to court documents obtained by CNN.

A petition filed in support of the order states that Keya Morgan, a memorabilia collector who has been acting as Lee's “caretaker,” was taking advantage of Lee ever since his wife, Joan Lee, died last year.

The temporary order bans Morgan from abusing, harassing or contacting Lee and requires him to stay at least 100 yards away from him.

The court's decision comes after Lee posted a video on Sunday stating that he and Morgan were business partners.

Morgan was arrested on Monday for allegedly making a false police report. Los Angeles police were performing a welfare check at Lee's residence on May 30 when, according to court documents, Morgan arrived at the scene and dialed 911 to falsely report “unidentified” people had gone into Lee's home. The call prompted eight police units and a helicopter to arrive at the scene.

A hearing in the case is scheduled next month. 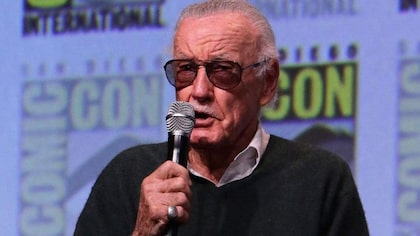