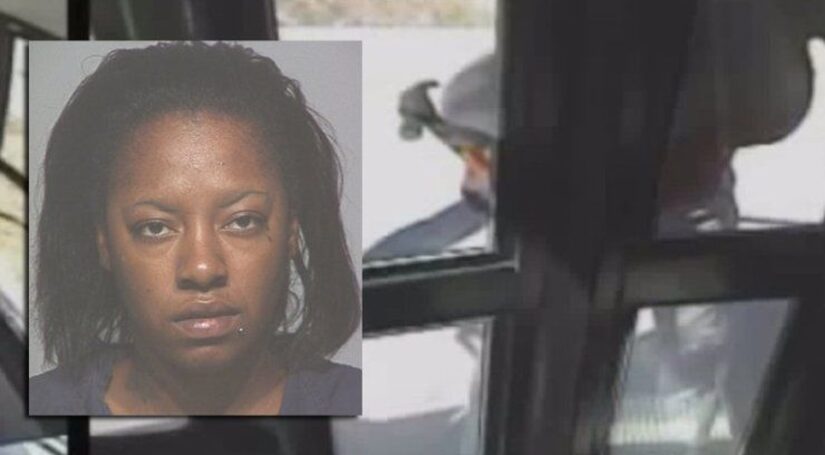 Surveillance cameras from inside a school bus captured six minutes of sheer terror for the students and driver on board in April.

The video shows a girl in an olive shirt walked up to another girl in pink -- and threw a punch. The girl in the pink hit back -- and the two continued to go at it for more than a minute.

Both girls then called their moms to tell them what happened. That's when things took a shocking turn.

While still on the route near Mill Road and Willow Glen Court in Glendale, video shows a car swerved in front of the bus. Police would later identify the woman behind the wheel as Magan Gumbus, 33. Gumbus came up to the door armed with a hammer and banged on the window.

The bus driver called into dispatch as she continued driving.

Bus driver to dispatch: "This parent has got a hammer at my door. This lady crazy."

Gumbus cut off the bus again -- and banged the hammer a second time, causing the glass to break.

Gumbus' daughter began screaming to let her off the bus -- and even used a broom to try to bust out the window. The bus driver finally obliged.

In an interview with police, Gumbus said she had a "meltdown" when the bus driver wouldn't let her daughter off the bus -- adding that "her goal was not to attack or beat up any kids."

FULL STORY: Nicolet mother accused of smashing school bus window with hammer after learning of fight on board - WITI