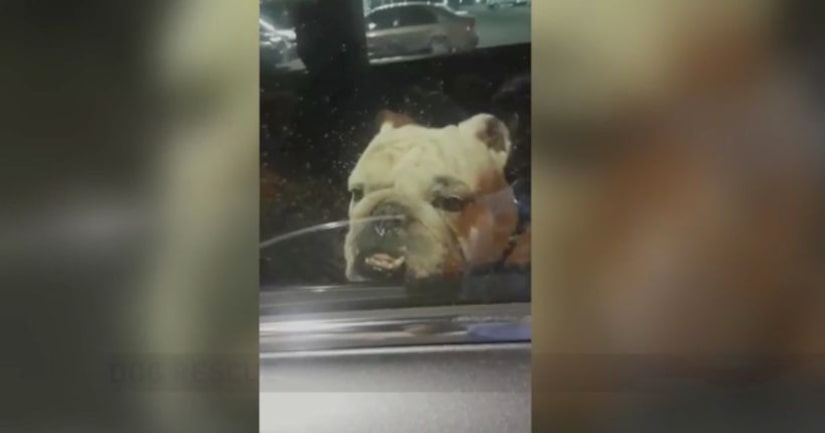 LAS VEGAS -- (KSNV) -- Charles Huggins says he felt he had no choice. He broke a window to save a dog stuck inside a hot car in a parking lot at Maryland Parkway and Karen Avenue.

"It needed to be done. It was that time already," said Huggins. "I was thinking, What idiot would leave their dog in the car while they are working out with all the windows rolled up?"

In a Facebook Live video, Huggins can be seen talking to the bulldog through the window.

"He's just suffering. Look at that. Come on now," Huggins can be heard saying in the video. "Somebody left their dog inside the car, with all the windows rolled up on both sides."

Huggins says he was walking out of the gym when he spotted the dog. Worried, he logged onto Facebook to vent and ask his friends for advice.

He eventually called 311 twice and went inside the gym to look for the owner.