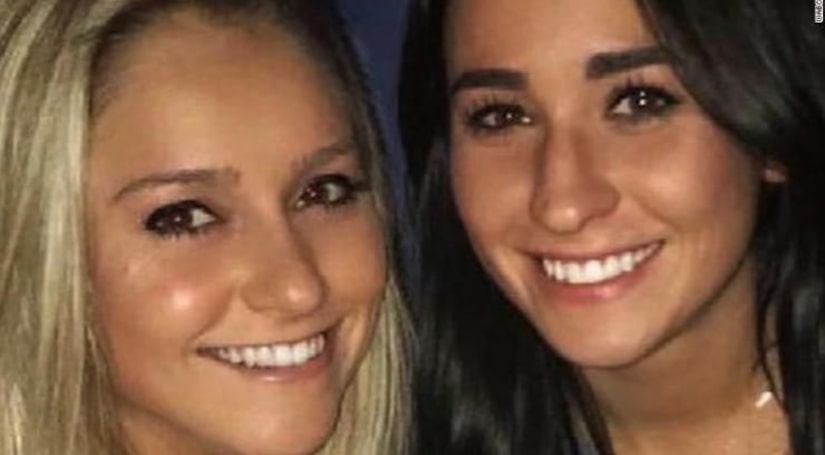 NEW YORK CITY -- (KTLA) -- Two women say an Uber driver kicked them out of his car after he saw them kiss in the back seat. The driver's taxi license, required to drive for Uber in New York City, has been suspended as the New York City Taxi and Limousine Commission investigates what happened.

Alex Iovine, 26, and Emma Pichl, 24, live together in Manhattan and have been dating for nearly two years. The couple was heading back to Manhattan on Saturday after celebrating a friend's birthday at a Brooklyn bar. Iovine says she and her girlfriend were sitting on opposite sides of the back seat when they kissed.

“The middle seat was open. We were just having a conversation throughout the ride and, at one point, we leaned over into the middle and peck-kissed,” Iovine told CNN. “That's genuinely all it was.”

Uber lists community guidelines on its website, which specify that “you shouldn't touch or flirt with other people in the car,” and that there's “no sexual conduct with drivers or fellow riders, no matter what.”

But both Iovine and Pichl say they kissed once, and were not touching inappropriately.

“We understand that someone would feel uncomfortable if people were making out in the car,” Iovine says. “But that's not what was going on here.”

The two women tell CNN that, several minutes after their peck, the driver pulled over onto the side of a Manhattan road, away from their destination, walked over to the rear passenger side door and opened it, telling them to get out.

In video posted to Iovine's Facebook page, you hear the women asking the driver, “What's the issue?”

The driver says: “It's illegal. You don't do that.”

One of the women responds: “Kissing is not illegal.”

The driver says: “Yeah, it is illegal. You don't do that here in the car.” He later added, “It's disrespectful.”

The New York City Taxi and Limousine Commission identified the driver as Ahmad el Boutari. According to a screenshot of his profile, provided to CNN by Pichl, he had a 4.67 rating and received dozens of commendations on the app for “excellent service.” Multiple attempts by CNN to reach el Boutari were unsuccessful.

A spokesman for New York City's Taxi and Limousine Commission says el Boutari has been licensed since 2014, and that his license has been suspended after this incident, pending the outcome of the TLC's investigation.

El Boutari told the New York Daily News that he was uncomfortable with the couple's behavior in his car on the whole, not just with the kiss. He said they played loud videos on their phones and that one of the women put her feet up on the seats.

“It's my own car. I didn't feel comfortable with them,” he told the newspaper, adding that he asked the couple to stop kissing.

FULL STORY: 2 women get kicked out of N.Y. City Uber after kiss - KTLA