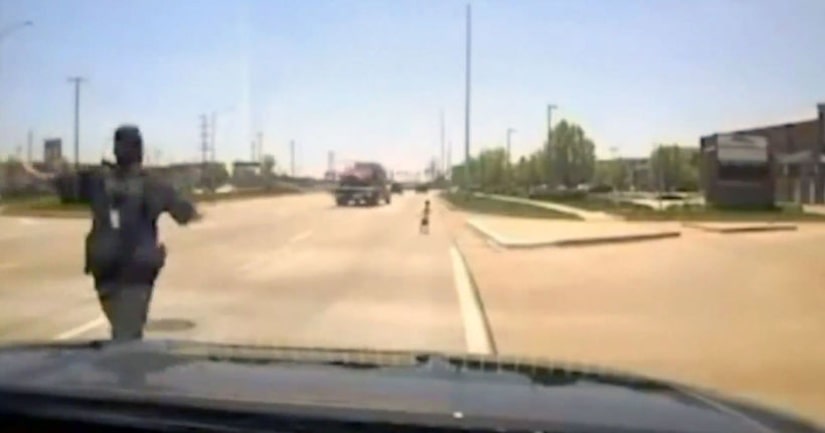 NAPERVILLE, Ill. -- (WGN) -- Naperville Police Sergeant Anthony Mannino has seen a lot in his 20-plus years on the job, but nothing quite like what saw while patrolling a busy highway several weeks ago.

From a distance, he thought the figure moving near Route 59 was some kind of animal. Then as he drew closer, Mannino realized it was actually a toddler wandering dangerously close to traffic. He responded quickly, parking his squad car to block traffic and pulling the little boy to safety.

The toddler had snuck away from his mom, who arrived moments later. She told the sergeant he had made it about two blocks from their home before he was saved by the quick-thinking cop. No charges were filed against the mother, and police ruled the incident was an accident.

As a thanks for his heroism, Sgt. Mannino received a life-saving service award from the department.

No charges were filed. Police said it was an accident.