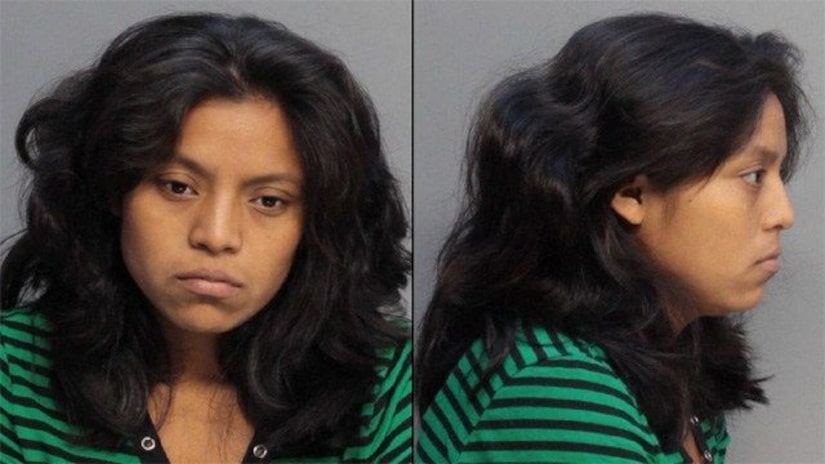 MIAMI -- (WBBH/WTVJ) -- A Homestead woman is facing charges after police say she gave birth to a premature baby then left it alone outside under a bucket.

Martha Estella Godinez-Diaz, 20, was arrested Monday on charges including child abuse and child neglect, according to an arrest report.

Godinez-Diaz's boyfriend said she had never received prenatal care, and she had contacted him saying she was suffering from stomach pain. When the boyfriend and his family members arrived, Godinez-Diaz said she wasn't having any more pain but one family member noticed her abdomen had changed in size, the report said.

When Miami-Dade Fire Rescue workers arrived the baby was found wrapped in a blue blanket and had dirt and leaves on her body, the report said. Godinez-Diaz told officers she suffers from memory loss following a car accident in April, the report said.

"The offender made no intention of seeking help for the child. The child was disregarded in the backyard and was concealed by a bucket," the report noted.

The baby was hospitalized and suffers from a "genetic malformation of the brain," the report said. Officials with the Florida Department of Children and Families say they have opened an investigation on the case.