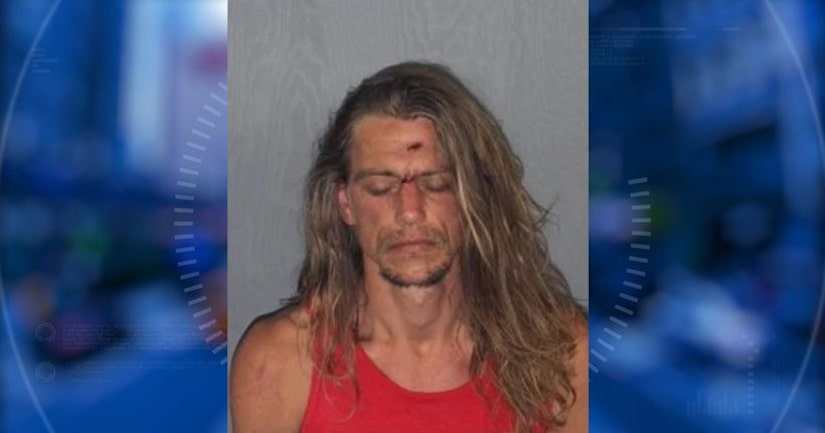 Police were called to a location near Timmy's Roast Beef Sunday at about 6:30 p.m. for a report of a man walking in the middle of the street and “challenging vehicles” on a very busy Route 28. The man had cuts on his feet and forehead, officers observed.

According to the Yarmouth Police Department, officers at first found the man standing silently and wearing a hood over his face. But he then began yelling “I demand respect!” and other “nonsense.”

Police said the officers decided to arrest the man after he walked back into heavy traffic. That's when he “began to swing his arms around uncontrollably,” striking both the male and female officer, police said. Officers twice used a Taser on the man but it was unsuccessful and he continued to struggle, they said.

The man was eventually brought to the police station where officers said he remained “extremely uncooperative” before being placed in a cell. Two officers sustained cuts and scrapes.

Police identified the man through his fingerprints as Jarred Adkins, a 35-year-old from Hyannis.