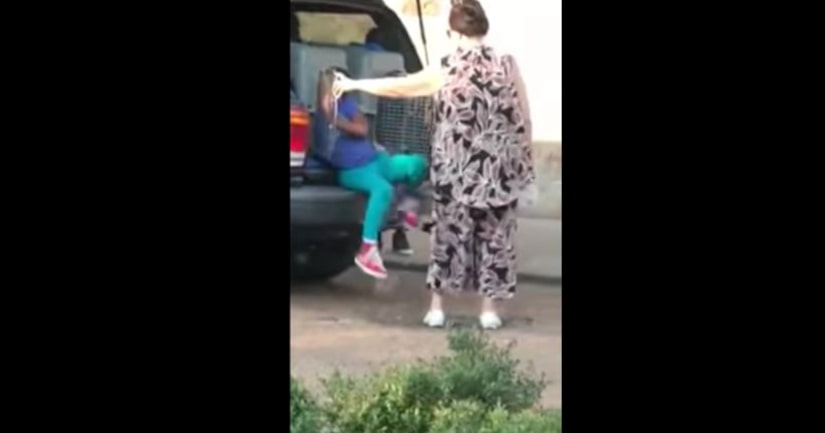 MEMPHIS -- (WZTV) -- Police in Memphis have arrested a woman after a viral video shows her traveling with two children in pet kennels.

According to police, the children were spotted Saturday afternoon in the 3700 block of Elvis Presley Blvd. near Graceland.

According to Memphis Police, investigators identified the woman as Leimome Cheeks, 62.

Cheeks was arrested and charged with two counts of Child Endangerment.

Police say the children were only 7 and 8 years old. The children also told police that it was extremely hot in the back of the truck. The temperature reached 95 degrees.