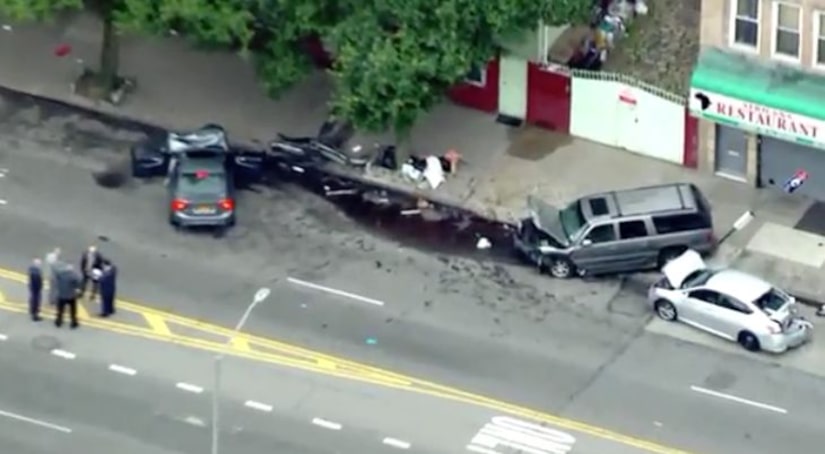 QUEENS, N.Y. -- (WPIX) -- A man was found inside of a car with multiple gunshot wounds to his body in Queens, police said Monday.

Authorities responded to a call of a person shot outside of a club located near the intersection of Liberty Avenue and Liverpool Street around 3:30 a.m. in Jamaica.

When police arrived, they found a man, unconscious and unresponsive, with multiple gunshot wounds to his body, in the driver's seat of a silver 2017 Volvo sedan, police said.

According to police, the victim was involved in a dispute outside of Jouvay nightclub on Liberty Avenue when he was shot multiple times.

The victim managed to get into his vehicle and drove away, but crashed into three parked cars near Liberty Avenue and Liverpool Street, where police found him in an unconscious state, police said.