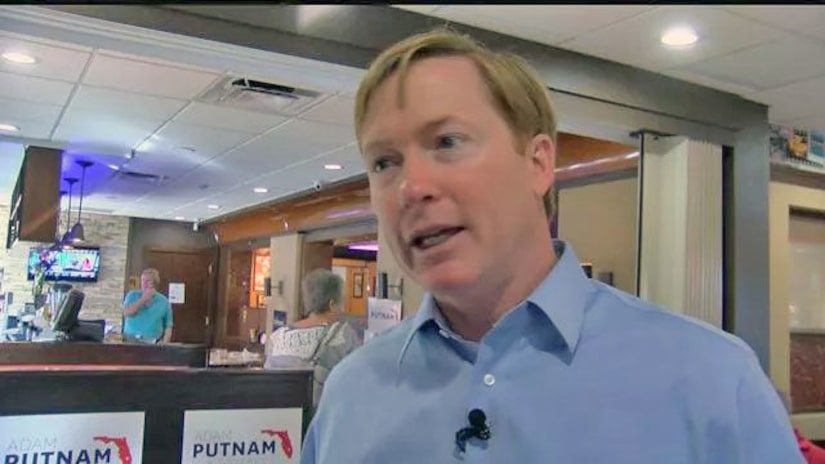 FLORIDA -- (WBBH) -- Commissioner of Agriculture and GOP candidate for Governor Adam Putnam is under fire after an employee overlooked disqualifying information for more than 300 concealed weapons applicants and issued permits to them anyway.

But as Mike Vasilinda tells us, even with the permits, another background check would have kept the person from getting a gun.

Information on people buying a gun in Florida is run through three databases. Gun dealer Mark Folmar says a concealed carry permit does eliminate a waiting period, but not background checks.

“They would have to pass a criminal background check before we could give than a gun, even if they had a concealed weapons permit” says Folmar.

For more than a year an employee at the Department of Agriculture overlooked disqualifying information. New background checks were run on 365 people. 291 were disqualified and had their permits revoked.

“The person responsible was fired, and the Department says safeguards are in place.”

The NRA sent out a weekend alert, explaining the problem to its membership.

“1.8 million license holders had doubt cast upon them, and we needed to clear the record” says former NRA President Marion Hammer.

In a rare Saturday news conference, Putnam said the original story was wrong.

“The headlines and the stories that say there were no background checks for a year is inaccurate and misleading.”

Two Democratic State Senators, one who represents Orlando where the Pulse night club shooting took place, and the other Parkland, called for an investigation into the permit mishap.

In recent years, the state has lowered the cost of a concealed carry permit and made it easier for people to apply by allowing local tax collectors to handle the paperwork.