GRAND JUNCTION, Colo. -- (KDVR) -- National Park Rangers are trying to figure out who graffitied a "promposal" on the Colorado National Monument outside of Grand Junction.

Ranger Frank Hayde took three pictures of the damage, and says the vandalism was reported on May 23 by someone who lives near the site.

Hayde says the graffiti is still up because preservationists need to analyze the damage, and make sure there aren't any historic works of art, like subtle paintings, that have been damaged due to the message. 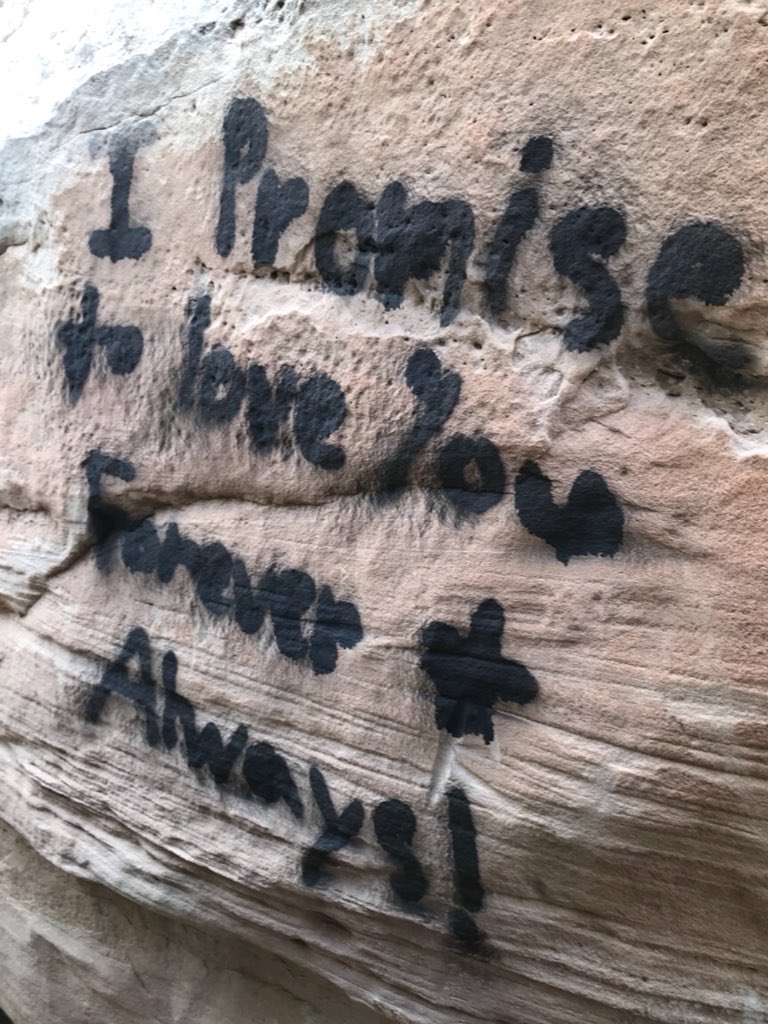 They will have a meticulous plan to take the graffiti off, so they do not further damage the monument, according to Hayde.

According to federal law, the National Park Service can apply a maximum penalty of 6 months in prison and a $5,000 fine for this kind of vandalism. Hayde says the will be far "more lenient" with those charges if the culprit decides to come forward.