On Monday, Timothy Eubanks pleaded guilty as charged to six counts of second degree child abuse following a September 2017 incident where one toddler at the home daycare got ahold of a gun and shot two other toddlers.

The Wayne County Prosecutor's Office alleges that Timothy Eubanks left two handguns unsecured in an upstairs bedroom. On September 27, around 10:19 a.m., Samantha Eubanks discovered her 3-year-old had shot a 3-year-old-boy in the face and another 3-year-old boy in the shoulder. She was running a home daycare and was watching six children at the time. 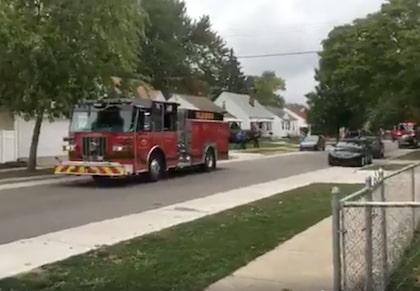 2 kids shot by toddler at home daycare in critical condition