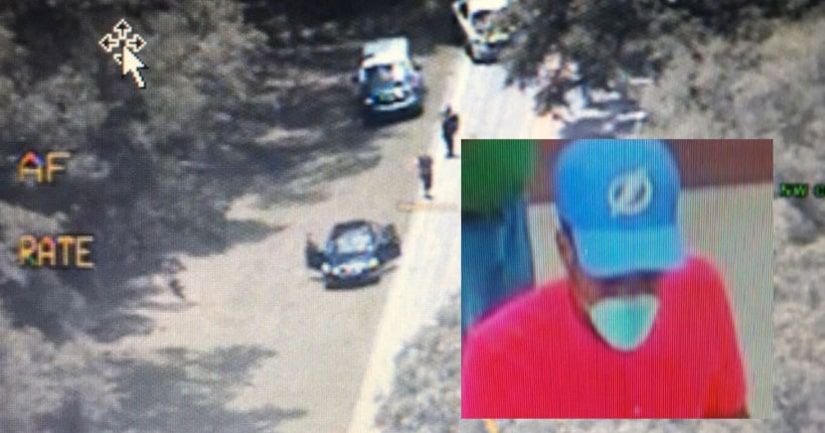 GAINESVILLE, Fla. -- (WGFL) -- Police arrested a man Saturday after they say he robbed a Newberry Road bank and tried to escape in a car with a woman and their two children in the car.

Gainesville Police responded at 12:57 p.m. to a bank robbery call at the Wells Fargo branch at 6301 W. Newberry Road. Witnesses said a black male wearing a surgical mask passed a note to the teller demanding money and warning against telling anyone else.

Police say when the man ran into the Oaks Mall parking lot with the money he activated a GPS device that was hidden with the money. Police and dispatchers were able to track the device to I-75, where it was heading north outside of city limits.

A Joint Aviation Unit helicopter caught sight of the car, which was pulled over by an Alachua County Sheriff's deputy near the intersection of NW 218th Avenue and County Road 235A.

Police say 22-year-old Deionte Swinton of Ruskin was taken into custody without incident. Also in the car, they say, was a woman and their two young children, both in diapers and carseats. Police also recovered a handgun and all of the money from the bank.