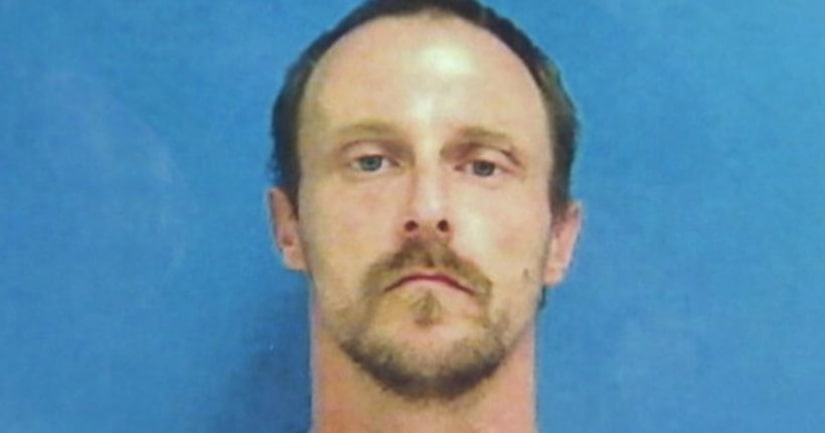 CATAWBA COUNTY, N.C. -- (WSOC) -- Police in Catawba County are searching for a man they said assaulted his girlfriend repeatedly while holding her captive for three days inside his home.

Around 8 p.m.Tuesday, officers and deputies were called to the Love's Travel Stop on Southfork Drive in Newton in reference to a woman in distress.

Officers learned that the woman had run to the travel stop after escaping from the home of her abusive boyfriend, Jason Shook. She told police that Shook held her against her will inside the home on Viewpoint Road for three days, where she was repeatedly beaten with a baseball bat and a coat hanger.

Lt. David Eckard from the Catawba Sheriff's Office said, "There was a brief moment where Mr. Shook left the room that they were in and during that time she left the bedroom and ran out the front door and across highway 10 west to Love's Truck Stop."

Investigators executed a search warrant at the home on Viewpoint Road and seized evidence from inside. Shook, 35, had fled by the time police arrived, though, and authorities are currently searching for him.

He has an outstanding warrant for assault with a deadly weapon inflicting serious injuries. The investigation is ongoing and more charges could be forthcoming.

The search warrant for Shook says the woman, who we are not identifying, was also raped. She was taken to Frye Hospital, where she received medical treatment.